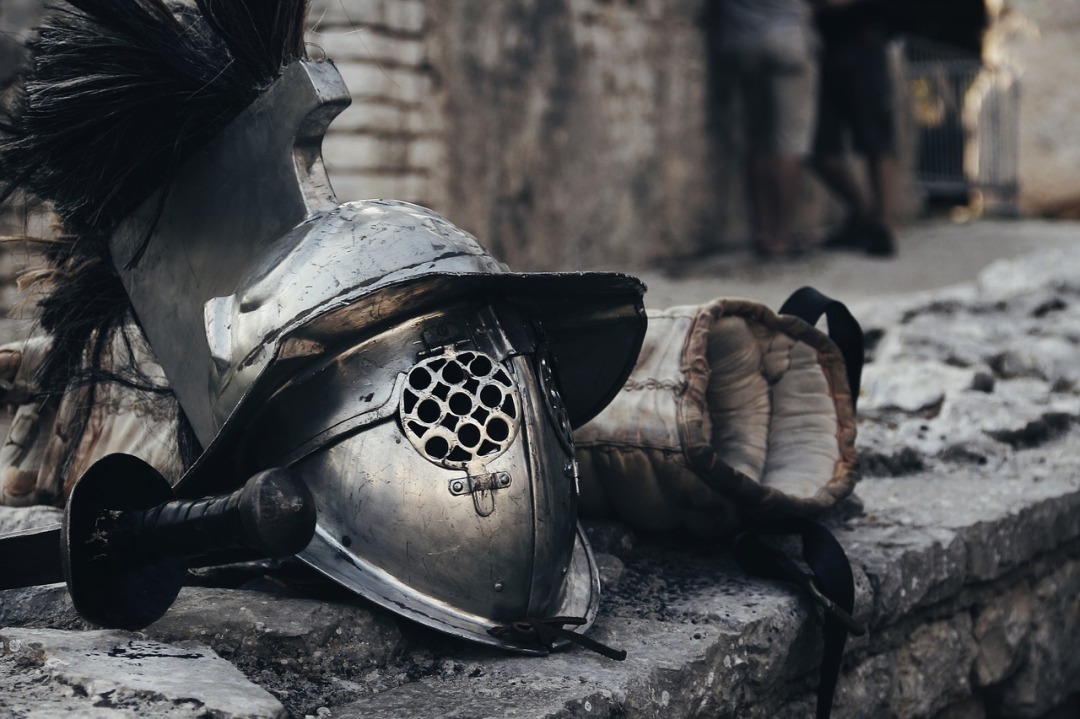 Of course, you can get all the details about the two Osterian series on their individual pages, but here you’ll find a quickie overview of all the books set in the world of Osteria… 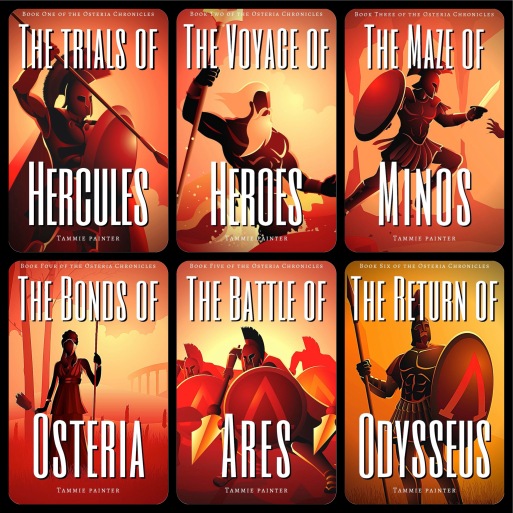 Get all six books of the series in two convenient packages.

The Trials of Hercules: Book One of the Osteria Chronicles

In a world where mortals contend with the gods’ vengeful jealousy, one man must ask himself if he will risk his life to defend the goddess who has done everything to destroy him. FREE on most retailers.

The Voyage of Heroes: Book Two of the Osteria Chronicles

The Maze of Minos: Book Three of the Osteria Chronicles

With the gods as your allies, your life, your world, and your sanity have never been in more danger.

The Bonds of Osteria: Book Four of the Osteria Chronicles

In a fierce clash for power, titans rise, heroes fall, and the gods find themselves on the brink of destruction.

The Battle of Ares: Book Five of the Osteria Chronicles

The war that could destroy Osteria has begun. And it’s not just the mortals whose lives are at stake.

The Return of Odysseus: Book Six of the Osteria Chronicles

If you haven’t already, be sure to grab your FREE short story from Osteria!

Domna: A Novel of Osteria 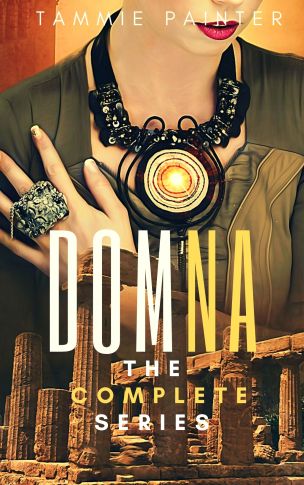 This collection includes all six installments (described below) of the serialized novel in one volume.

As a realm teeters on the verge of rebellion anything is possible, except one woman’s freedom to choose her fate. FREE on most retailers.

When your destiny has been stolen, it’s up to you to make a new one. But first you have to survive the marriage you’ve been forced into.

In a world mired in chaos one wrong word could mean death, but one promise could mean greatness.

When the Solon ignores an imminent threat, one woman will go to any extreme to save him, protect her son, and ensure the stability of their realm.

A life of love or a life of power. A promise to the gods or following your heart’s desire. The choice must be made.

All books are available in paperback and ebook formats.

If you’ve been following my tour by clicking the helmets, then you’ve reached the final stop. I hope you enjoyed it and if you did, please share the tour with someone you know by sending them to https://tammiepainter.com/welcome-to-osteria/

If you’ve been exploring on your own, then keep on wandering by selecting from the list below. 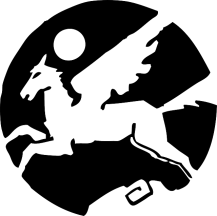