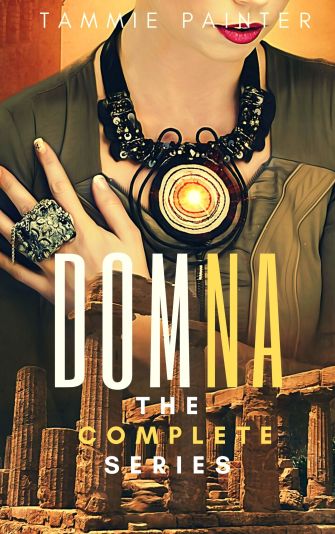 Domna is a serialized novel.

You can purchase each part individually, or take home all six parts of Domna, plus exclusive bonus content in Domna: The Complete Series Boxset.

Want to try a sample first? Domna, Part One: The Sun God’s Daughter is FREE on most retailers.

If you like the political intrigue, adventure, and love triangles of historical fiction by Philippa Gregory and Bernard Cornwell, or the mythological world-building of fantasy fiction by Madeline Miller and Simon Scarrow, you’ll love this exciting story of desire, betrayal and rivalry.

Part One: The Sun God’s Daughter 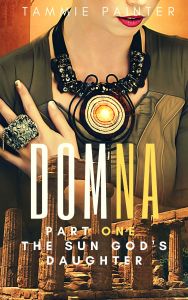 FREE on most retailers.

As a realm teeters on the verge of rebellion anything is possible, except one woman’s freedom to choose her fate.

So when her father bitterly forces her betrothal to a stranger and orders her from the life she’s always known, Sofia is thrown into a new world where any wrong move could mean her demise.

Refusing to give up her home, her future, and her love, Sofia immediately plans her escape, but she soon learns exactly how cruel the gods and the people surrounding her new husband can be. 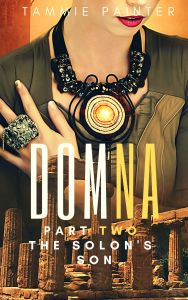 When your destiny has been stolen, it’s up to you to make a new one. But first you have to survive the marriage you’ve been forced into.

Having been warned by her guard, Macrinus, that her life depends on being faithful to her new husband, Sofia Domna enters the grand city-state of Vancuse to begin her arranged marriage to Sirius Verus. But when she discovers her former lover serves in her new household, Sofia’s resolve is tested at every turn.

When she becomes pregnant, Sofia’s fidelity is immediately questioned even as Sirius’s secrets unravel. Secrets that will turn Sofia’s world on its head.

With a backdrop of political and marital instability, and Sirius’s once-great status quickly on the decline, can Sofia withstand threats, shame, and temptation to guide her husband to the highest role in the realm? 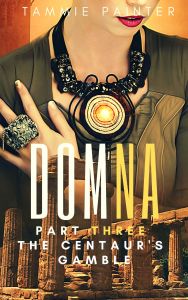 In a world mired in chaos one wrong word could mean death, but one promise could mean greatness.

After barely surviving his previous appointment, Sirius claims being forgotten may be the safest place in the violent turbulence of Osterian politics. But Sofia’s ambitions remain steadfast and she refuses to accept the gods have destined her to waste away in obscurity.

Just as Sirius settles into the peace of a rural life, an old friend offers him the chance to inherit the title of Solon if he’s willing to fight for it.

Will Sirius take the chance, or will he opt to stay safe? More importantly, will Sofia let him have a choice in the matter? 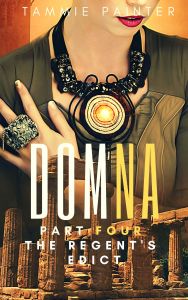 Although he’s won the solonship, Sirius soon discovers others are poised to viciously claim the title as their own.

Catapulted into a world of danger and temptation, Sofia discovers her only chance of survival is to stay one step ahead of her enemies.

But in Osteria, new perils lurk around every corner and plots don’t always strike down their intended victims as Sofia discovers her ambition may cost her far more than she expected to pay. 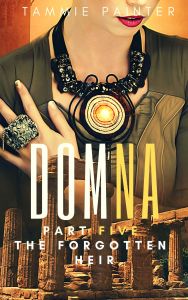 When the Solon ignores an imminent threat, one woman will go to any extreme to save him, protect her son, and ensure the stability of their realm.

Sirius Verus believes his rule is secure, but when a plot is discovered to overthrow him, he refuses to accept that the person he trusts most is behind it. With an enemy army ready to march on the capital, Sirius’s days as Solon and his family’s lives are numbered.

Unwilling to let the threat fester, Sofia and Lucius take matters into their own hands, but this vicious retribution leaves Sirius fearful of making Lucius heir.

From the comfort of the Solonian Palace to the wilds of the Island of Naimo, Part Five of the Domna serial tests the limits of sibling rivalry, family loyalty, and the future of Osteria. 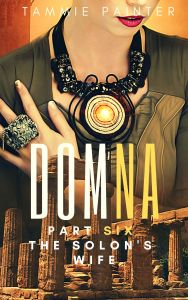 A life of love or a life of power? A promise to the gods or following your heart’s desire? The choice must be made.

The Solon is ill. If he dies, Sofia will be forced not only to fight for her son’s right to rule, but will also face making good on a promise she made to the gods long ago. A promise she no longer wishes to fulfill.

As fate catapults her from joy to sorrow, from hope to despair, and from certainty to doubt, Sofia finds herself trapped between her two strongest desires.

In this final part of the Domna serial, the struggle for power grows to its deadliest proportions yet and the choices Sofia must make will tear her world apart.

Don’t miss the powerful ending of this captivating story of promises, loss, and survival.

Want Domna all in one package? You can now get all six parts of Domna plus exclusive bonus content in a single 650-page volume.

Want to support an indie author? Then pick up your copy today from my Payhip Bookstore. 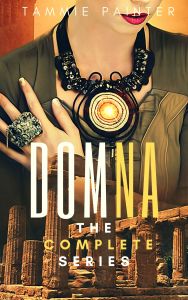 Don’t miss out on my Tour of Osteria where you’ll meet the gods, explore the lands, and get behind-the-scenes glimpses into the history and mythology that influenced my world. 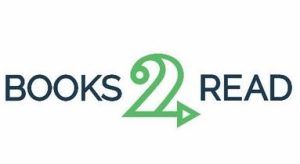 The title links above will take you to Books2Read which can magically find all the stores where these books are sold AND can even locate all the shops where they’re currently available in your country. There’s no extra fee and it’s wonderfully convenient, so don’t be shy to try them out!