So you want to know more about the cover-creating process for Hoard It All Before, the first book in the Circus of Unusual Creatures series?

Well, buckle up for the idea, inspiration, and complete fail fiasco!!

As is often the case, I started this cover with a few notions in mind (notions which tend to get chucked out the window ten minutes into the process)…

The process began with a few rough sketches of what I thought might work. These sketches will never see the light of day, so don’t even ask me about them.

Luckily, while cover ideas were beginning to percolate, I had just started the Inspector Chopra series by Vaseem Khan (get your eyeballs on these, they’re SO good).

Not only did I love the stories, but the covers were taunting me with inspiration. I mean, just look at these lovely things… 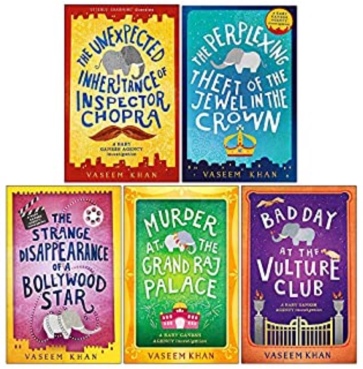 What I liked about them was they were clearly in a series but each was just a tad bit different, they squished the series title onto the cover, and each had a small element from each story (mustache, crown, film reel, etc).

Unfortunately, as I tried to conjure these covers into something of my own, they were just a bit too…ridiculous. 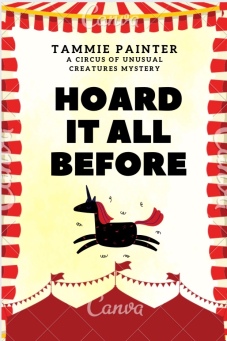 Now, that cover would be PERFECT for kiddie books, but not for books with a chain-smoking unicorn and wine-guzzling dragon.

So, I started poking around 123rf.com where I got the stock images for my recent revamp of my covers for The Osteria Chronicles.

I typed “circus” into the search bar…

And that’s when I thought I’d fallen into idea nirvana…. 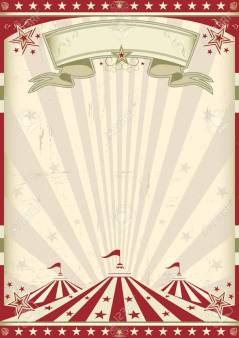 Old timey circus posters! Since the series is set in a version of the 1930s that’s just a tad different than what you’re used to, this had the EXACT feel I was going for.

Can you say inspiration?

I might have just stopped there and purchased this image but there really wasn’t much variation in the design other than the placement of the banner or the size of the border.

In other words, this wasn’t going to be the holy grail for a series that might need at least ten different covers.

I started playing with mimicking the design above, and got pretty close, but again, things just felt a bit off. Too serious? Too stiff? Too cramped? I wasn’t sure, but it just didn’t ring true. Here’s one of the results… 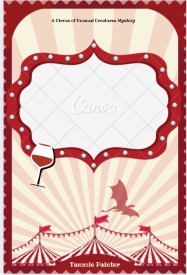 Not bad and the color could be varied, but no matter what I did, I could NOT get the title to look right in the little marquee thing.

Still there were elements of this that did work. The circus tent, the star burst in the background, the dragon….

It was time to go back to the search bar (watch out for the martinis!).

In Canva, I came across some designs like so… 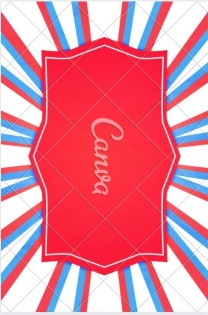 Not exactly what I wanted, but it did start some ideas bubbling in my brain and put me on the right track.

After some more searching and quite a bit of playing with fonts (I think I had the Google Font library memorized at this point) and getting the right elements in place, I was nearly there…. 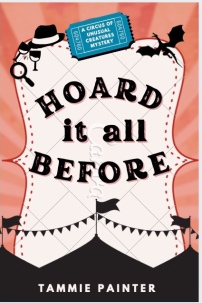 Finally, I realized the big marquee was too much and the font needed a little something something to make it look a bit more silly and fun.

There was a lot of cursing, but in the end…

A cover was born… 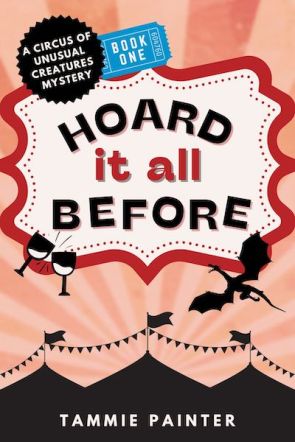 What I liked about this was it felt more open, it had a “fun” look to it to match the humorous tone of the series, it had a non-kiddie looking dragon, it definitely says “circus”, and I was able to get the series name in there as well.

Now, I absolutely HATE coming across a book in series that doesn’t tell you straight up which book in the series it is. I mean, I can work my way around an Internet search, but I’m never happy about having to put in the extra effort for a series.

Which why I try to get the book number on all my covers. And I got pretty clever with this cover.

See, those tickets originally said “Admit One” but I did a little graphic hocus focus and they now tell you exactly which book in the series you’ve got your grubby little paws on. 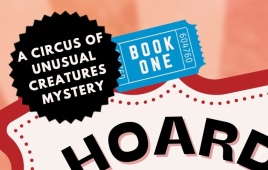 As a little bonus, here’s a sneak peek at the wrap around paperback cover… 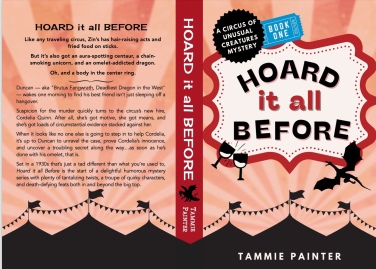 And it Even Works for the Series

Going back to that series thing, the covers can easily be changed without losing that “series” look.

Here’s some sample mock ups for books two and three (the titles may change…or not). 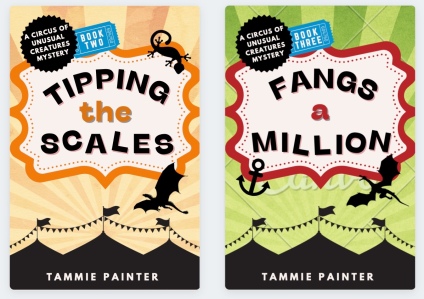 So, what do you think? Like them? Hate them? Any thoughts are welcome…especially as I still have time to make changes, so don’t be shy about popping back into your email and replying with your comments.