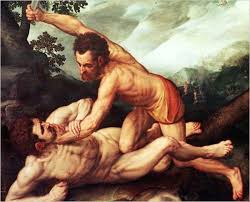 As you’ll recall from my previous email, I mentioned my background is in science. So how in the world did I end up writing books?

I’d been doing plenty of freelance writing since my first article was published, but my aim was to write fiction. I’d won a fair number of short story competitions and this gave me the confidence I needed to continue crafting longer fiction. Within a few years, I had plenty of manuscripts sitting in drawers and on random files in my computer, but since I excel at self-criticism, none of these were worthy of publication in my opinion.

Then life hit one of those moments that you just know is a turning point. My grant-funded research position was running out of funds right around the same time my husband earned a promotion.

This both forced me (in the former case) and allowed me (in the latter) to quit my day job. Digital and social changes also meant self-publishing was slowly becoming more accepted as a viable way for creative entrepreneurs to build a career.

It seemed The Fates wanted me to write. And you can’t argue with those feisty ladies!

But what in the world was I going to write?

The Trials of Hercules began as a stand alone novel. I’ve always had a love for mythology (seriously, I probably watched the original Clash of the Titans about 100 times one summer when I was a kid) and for history, especially the history of Ancient Rome.

One evening while watching a documentary about the origin of the myth of Hercules, my two interests slammed together and the idea for a novel overwhelmed me.

Once I wrote The Trials of Hercules (after a couple of agonizing false starts, one of which had Herc doing his thing in modern times), I knew I had something publishable.

I also realized it could work into a series. I published the book and set about to writing the next…which is when I discovered I really should have planned the series before starting that second book, but every mistake is a chance to learn, right?

When the reviews started coming in for Hercules, I was nervous. Would people like it? Would they “get” it? Was it stupid and silly? Turns out the reviews were amazing. And they were from people I didn’t even know! No bribery or anything.

My confidence soared and I continued to cobble away at the second book, The Voyage of Heroes, which re-imagines the legend of Jason and the Argonauts with plenty of pesky influences from the gods and the titans.

It was in this second book that I truly felt the world of Osteria come to life. The gods took on more personality and began having their own strifes.

A Hitch in My Giddy-Up…and Nearly Giving Up

By the time the first draft of book three rolled around, I should have been feeling on top of things, but I hit a snag….namely, I had no idea where the series was going. I mean I had a vague idea but lost as how to accomplish it.

I got frustrated. I got annoyed. Sales weren’t coming in. I got fed up and made writing a low priority thing and almost a non-existent thing.

Until some kind words came my way.

Completely out of nowhere, someone who had read the first two books gushed about how much they enjoyed them, how they loved the characters and the world, and how they couldn’t wait to read book three. Book Three, um…

The kind words were truly an inspiration and got me back on my writing track with full force.

I pretty much ditched most of what I had already written for Book Three and instead took a step back, re-outlined the entire rest of the series (why WHY did I not do this sooner?) and plunged back into writing both books three (The Maze of Minos) and four (The Bonds of Osteria)…at the same time.

The many story lines in these two books are closely related, so it only made sense to write both books at once and then divvy up which parts would go in which book.

Sometime between the release of The Maze and Bonds, I realized I wanted the series to have a cohesive look that better reflected the genre. I relaunched all the books with new covers. Again, I’m learning as I go along and make-your-series-recognizable-as-a-series was a lesson I learned the hard way.

Looking into the Future

I’m currently rewriting my rough draft of book five (working title: The Battle of Ares) and the final book (working title:The Journey of Odysseus). As this series has been too long in coming to a conclusion, I’m doing my best to get them completed this year with release dates in 2020!!

Update: Both books have been released and I’ve given the covers a complete makeover.

As soon as you’re ready, head back to your mail to finish up the newsletter.

The Trials of Hercules: Book One of the Osteria Chronicles

In a world where mortals contend with the gods’ vengeful jealousy, one man must ask himself if he will risk his life to defend the goddess who has done everything to destroy him.

The Voyage of Heroes: Book Two of the Osteria Chronicles

The Maze of Minos: Book Three of the Osteria Chronicles

With the gods as your allies, your life, your world, and your sanity have never been in more danger.

The Bonds of Osteria: Book Four of the Osteria Chronicles

In a fierce clash for power, titans rise, heroes fall, and the gods find themselves on the brink of destruction.

THE BATTLE OF ARES: BOOK FIVE OF THE OSTERIA CHRONICLES

THE RETURN OF ODYSSEUS: BOOK SIX OF THE OSTERIA CHRONICLES