I’m back! And yes, I’m completely aware that you probably didn’t even notice I’ve been missing for the past couple weeks, but that doesn’t make me any less “back” from my first European adventure in three years. Three very long years.

First Stop, Haarlem with Two As

Anyway, I won’t go into the madness of how and why this vacation came to be after many changes, the mad stress prior to departure (thanks SO much for all of that, Delta), and the airport angst (that turned out to not be bad after all).

Instead, let’s jump right into my second trip to the Netherlands as a big red bus whisks us away from Schiphol airport and to the town of Haarlem.

First off, yes, our room did include a cat (Gaia) who had a great time hanging out with us and sniffing every inch of our suitcases. (She was not good at holding still for the camera, though.)

The big draw (and I do mean BIG) for Haarlem is St Bavo’s Cathedral (aka the Grote Kerk). It’s not the biggest or fanciest cathedral in the world, but it’s located in a small square and absolutely dominates the place. 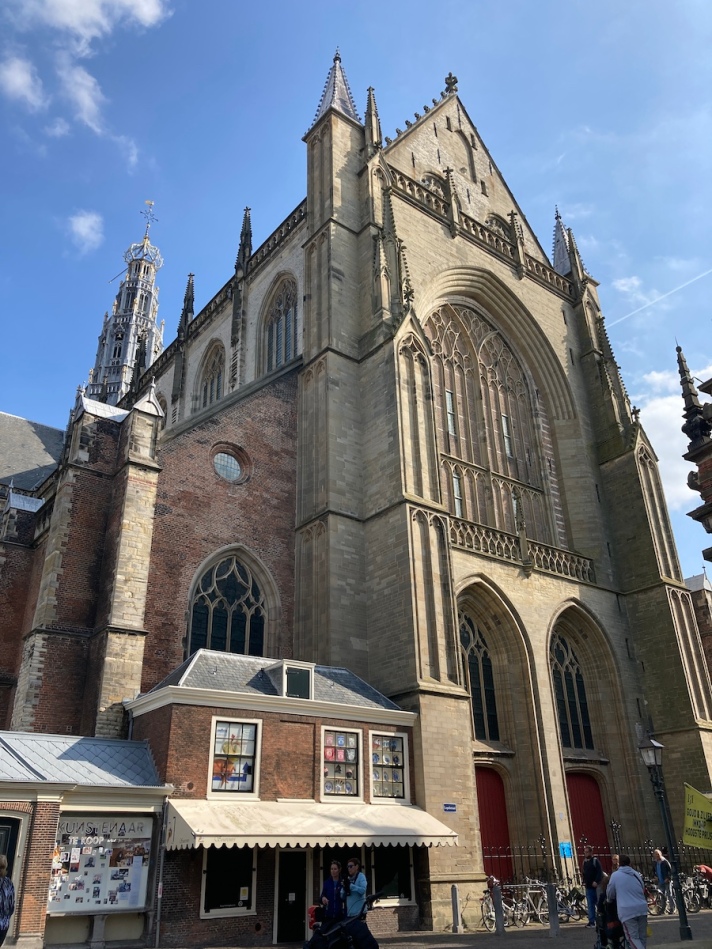 Inside are plenty of historical bits and bobs, a cafe where you can grab a beer by local brewers, and a big old organ. 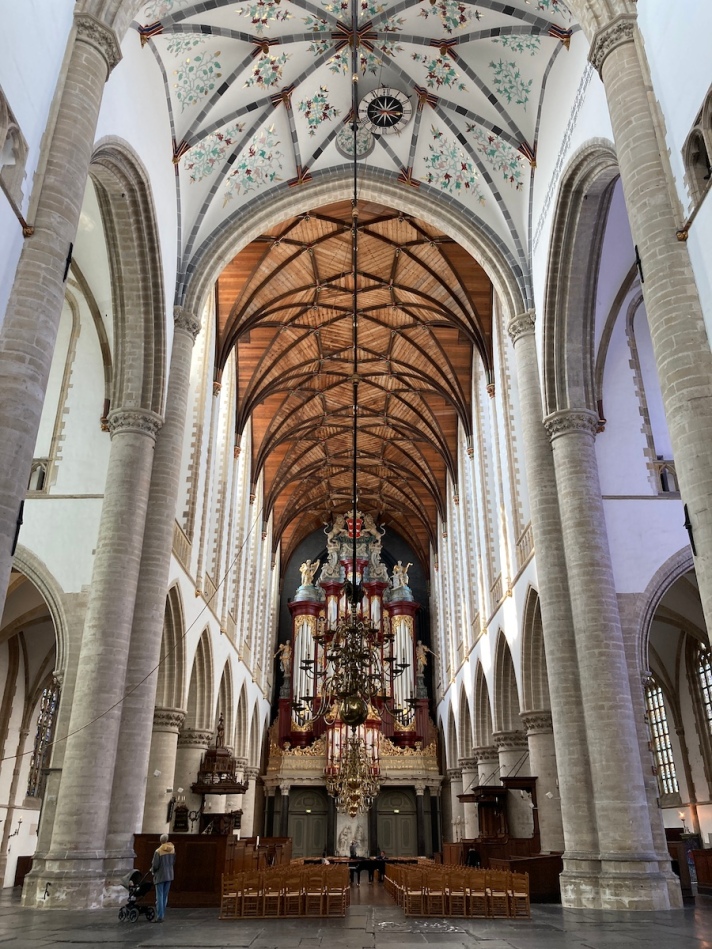 Okay, get your minds out of the gutter. Organ as in the musical instrument. At 30 meters tall, it was once the biggest in the world, and was so impressive a young Mozart popped in and played a few tunes on it.

Haarlem’s pretty easy to navigate…which is good because it’s been a long time since we’ve had to deal with jet lag (that 9-hour time difference is brutal). Like many Dutch towns, it’s got the requisite canals and row houses… 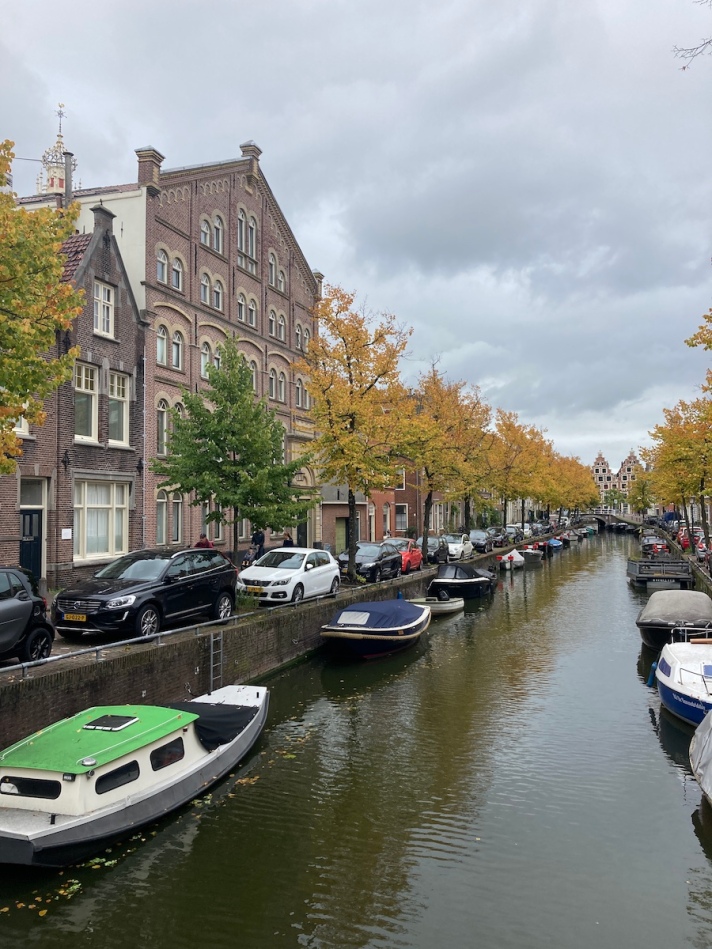 It also has cute streets with random surprises in the windows… Yes, those red lights on the left mean exactly what you think they mean.

During our four nights in Haarlem we had a few day trips planned. One of these was to hop the train and get some sea air at Zandvoort. Apparently this is a jam-packed seaside resort town in the summer for Amsterdam dwellers looking to escape the city, but in early fall, we had the place mostly to ourselves.

The town also serves as a gateway for a national park (Zuid Kennemerland National Park) that features dunes and sea birds and fabulous views as you wander through hoping not to get lost. 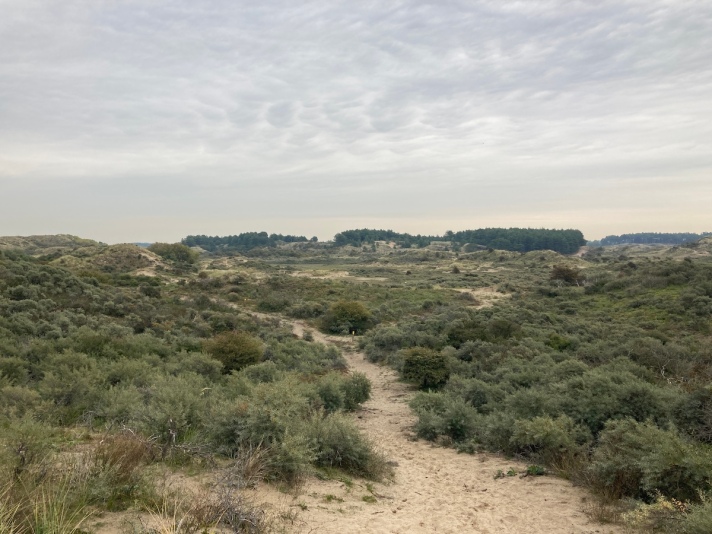 Because You Can’t Get Enough Windmills…or Gift Shops

We had also planned to do a day trip north up to Edam and Hoorn, but simply couldn’t muster the energy to try to sort out the timing of the trains and buses we’d need. So instead, we decided to take the train to one of the most touristy places you can go in North Holland: Zaanse Schans. Now, I think many people go here and end up disappointed because they think it’s “authentic”… which in a way it is. The windmills were all once working mills and many of the structures are historic. But they’ve all been moved into a small open air museum area that is an absolute cheesy tourist trap. 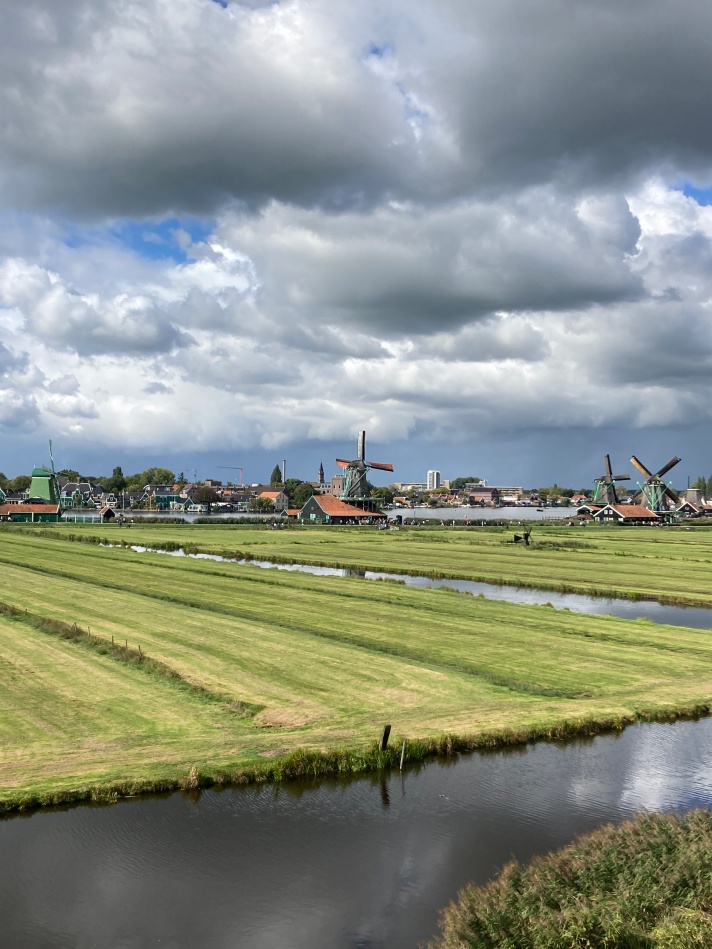 The views at Zaanse Schans are terrific, the little “town” is cute, and because it’s free to enter the area, if you avoid buying junk in the 10,000 gift shops or go into the overpriced museums, it’s a very inexpensive day out. 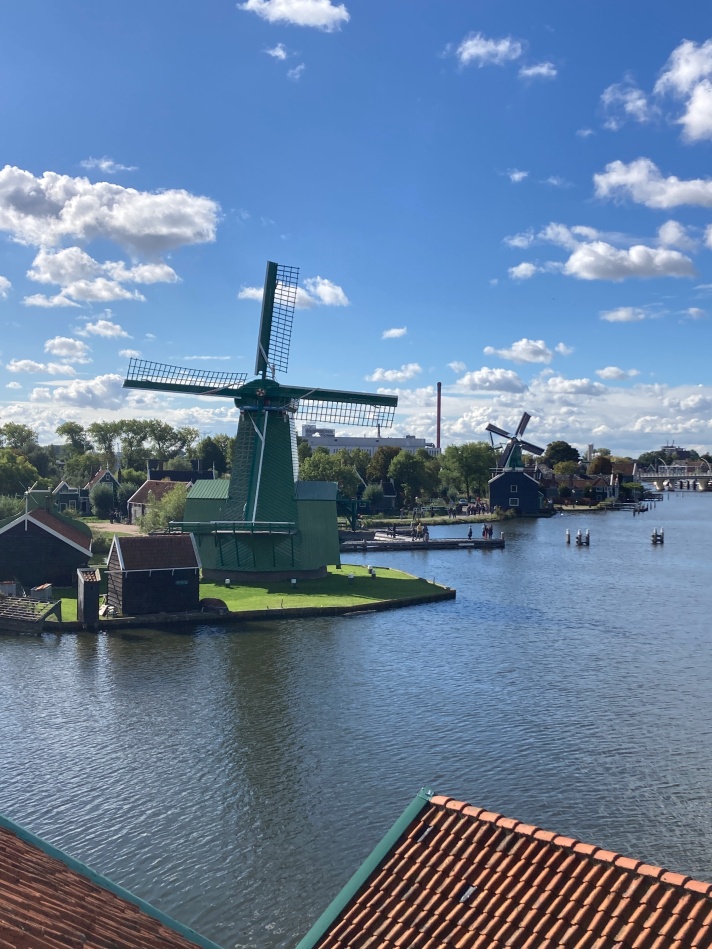 You can go into one of the windmills (The Cat, yay!) that was once used to grind pigments. It cost about $5 and was worth maybe $4, so good enough.

The clog museum (free) was also interesting…and had a diamond-encrusted clog for anyone looking for a bit of bling in their clunky footwear. On a lark, we decided to pay $1.50 to take a “ferry” (a motorboat) run by volunteers back across the waterway for a different walk back to the train station. The ride was quick, but included a walking tour information sheet that described the history (actual history, not kitsch-y history) of the houses you pass on your way back through the streets.

That’s it for now. I’ll be back with more of the Dutch Adventure soon when we head to Delft where we received a wonderfully warm welcome (even if there was no cat).

Have you been to Haarlem, Zandvoort, or Zaanse Schans? What did you think? What’s the most “toursit-y” site you’ve ever willingly visited? Pop a comment below!

Type at you soon! 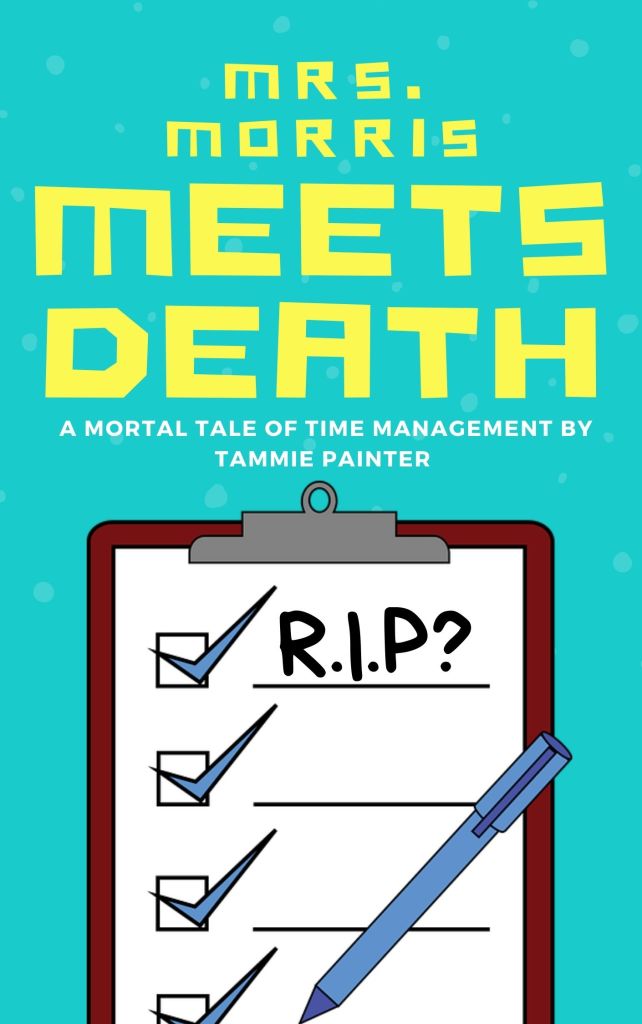 4 thoughts on “The Dutch Diaries, Part One: Haarlem, Tourist Kitsch, and Sandy Treks”