So, How’s That NaNoWriMo Going?

Okay, writers…how are you doing with your NaNo goals? Of course, if you’re nearing the finish line, you’re probably not wasting time reading blogs, so why did I even ask?

But if you’re not furiously cranking out words, have you finished NaNoWriMo? Or did you call it quits?

Just remember, there’s no shame in not hitting the goal of writing 50,000 words. After all, November is a crazy busy month for most people, and 50,000 words is A LOT of work.

If you are finding yourself falling short, don’t give up. If you don’t finish until the end of December or the end of January (or beyond), who cares! As long as you don’t give up entirely on your writing just because you didn’t “win” some silly challenge.

Okay enough pep talk…let’s get to this.

About NaNo For the Non-Writers Out There

NaNoWriMo, or National Novel Writing Month, is a challenge that comes around every November. Over 30 days you’re meant to write a rough draft of 50,000 words.

Why 50,000, and why November? I have no clue. That’s a question for the inventors of this game that thousands of authors play every year.

So How Did My NaNo Go?

As you might remember, I was debating doing NaNo. I’ve never done it before mainly because my first drafts have never coincided with the month of November.

Due to other writing projects, I didn’t get started until 10 November, so yeah, a tiny bit of added pressure. What fun!

After the first 7 days, I’d managed to squeeze 23,000 words out of my head. Holy typewriter keys, Batman! I was nearly halfway there.

Then, the day before Thanksgiving, I hit on a long stretch of words just flowing like mad and I managed to crank out over 5000 words. Hoorah!

Thanksgiving morning, the bastard cats woke me up super early, so I got up and, after cursing them to all manner of hells, I had time to get in another couple thousand.

The finish line was in sight.

Then yesterday, my fingers were itching to finish and I whipped out the final 3000 or so words.

So, in 16 days I managed to get those 50,000 words down, and I ended up with a first draft that really isn’t too horrific.

Okay “strategy” might make you think I actually had a plan going into this. I didn’t.

I had no outline. I had no concrete idea of what was going to happen, I didn’t even know who was going to die or who the killer was (it’s a cozy mystery).

What I did have was this…

Yep, that’s it. A single sheet of paper with a few notes of some vague ideas and a snippet of dialogue I imagined starting the book with.

I also had a timer.

Each day I’d open up Scrivener and set the timer for 20 or 25 minutes. And during those 20 to 25 minutes I typed typed typed.

Each “sprint” generated anywhere from 600 to 1000 words, with an average of about 800 for the 25 minute ones. It was always a shock to see those 1000-word sprints…especially since I am NOT a fast typist.

I usually did five sprints during “work” days and aimed for two sprints on weekends, although I think there were a couple days I only did one sprint because by that point I was absolutely sick of words.

As I mentioned, I wasn’t working from an outline, but at the end of each day’s work I did make those notes about what I pictured happening later in the story and these notes served as mini writing prompts to get me going the next day. 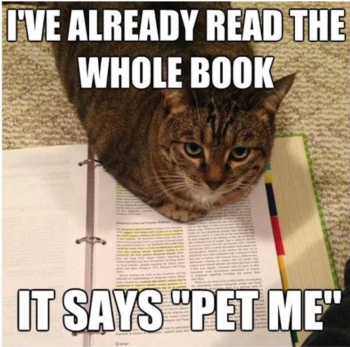 Advantages I Had for NaNo

Besides a dogged determination to conquer this damn thing and more stubborn perseverance than is good for any human to possess?

Okay, one advantage I had was that I was writing the draft of the third book in a series. So even though there were some new characters, I already knew most of my people and the setting. I wasn’t having to dwell on where things would take place, what a character might do or say, or who really deserved to die (kidding…sort of).

The second advantage is of course, that this is what I do. Yes, I have a full-time job taking care of those bastard cats (seriously, I can’t believe how many times I open and close the patio door every day), but other than that, I write full-time.

This meant that after each of those sprints, I was able to take a decent break of 10 to 15 minutes to keep from getting too fatigued and to allow ideas to percolate for the next sprint.

Hmmm, with advantages like that, why am I not getting more books out into the world? Basically, I can crank out drafts quickly, but I cannot revise quickly. 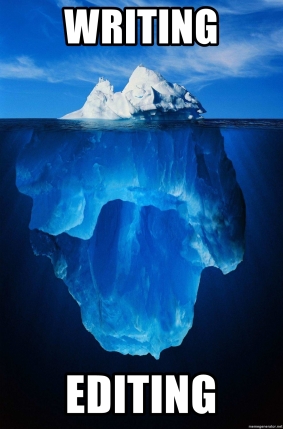 The draft I wrote will now have to wait.

Right now (and during all this) I’m getting the first book in the series ready for release in January, which means giving it one final proofread and loads of behind-the-scenes stuff to keep the retailers happy.

In December, I’ll be rewriting the draft of the second book in the series (that draft was written earlier this year in about two weeks), then getting that book ready for publication in June 2022.

Which means, it will probably be at least February before I start playing around with this third book’s draft. And by then I’ll have forgotten everything about it.

Would I Do NaNo Again?

As I mentioned in that post from a few weeks ago, I’ve already written two first drafts this year. Both around 50,000 words, and both done within 16 to 20 days.

So, clearly I don’t need NaNo to motivate me. I’m obsessively self-motivated, so it’s mostly my own desire to cross things off my to-do list that gets me whipping out the words, not a writing challenge.

Having the NaNo pressure on top of that brought on an extra layer of stress I really didn’t need…although part of that was my own fault for starting 10 days late…ooops. 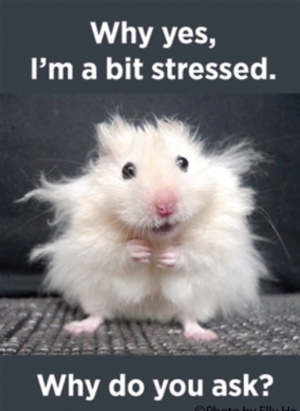 I suppose if I had a first draft that needed written in November, I might do it again, but I don’t think it’s something I’ll be working my writing schedule around.

Anyway, that’s it for me. How was your November? If you finished NaNo, how soon before you tackle the revision of what you’ve written? And if you’ve never tried NaNo, would you???

Be sure to pop a comment in the box below and have a great rest of your weekend (and your November)!!!

And don’t forget, The Undead Mr Tenpenny is STILL only 99c (USD, CAD, AUD, NZD, GBP, EUR) for a few more days, so be sure to grab your copy!!

15 thoughts on “So, How’s That NaNoWriMo Going?”