Well, despite being a month full of reading my own work over and over…and over and over, and, well, you get the idea, I did manage to read quite a number of tomes.

Because my eyes were exhausted from editing and proofreading, much of what I “read” in March was in the form of audiobooks, which is probably why I ended up with a minor ear infection last week…who knew reading could be dangerous!

Alrighty, let’s get on with the list of fiction, non-fiction, and graphic novels I conquered this month…. (titles in bold are those I highly recommend)

Favorite Book AND Indie Pick of the Month

Usually, these are two separate books, but this time, one book took the double-layered cake…

Gobbelino London & a Scourge of Pleasantries 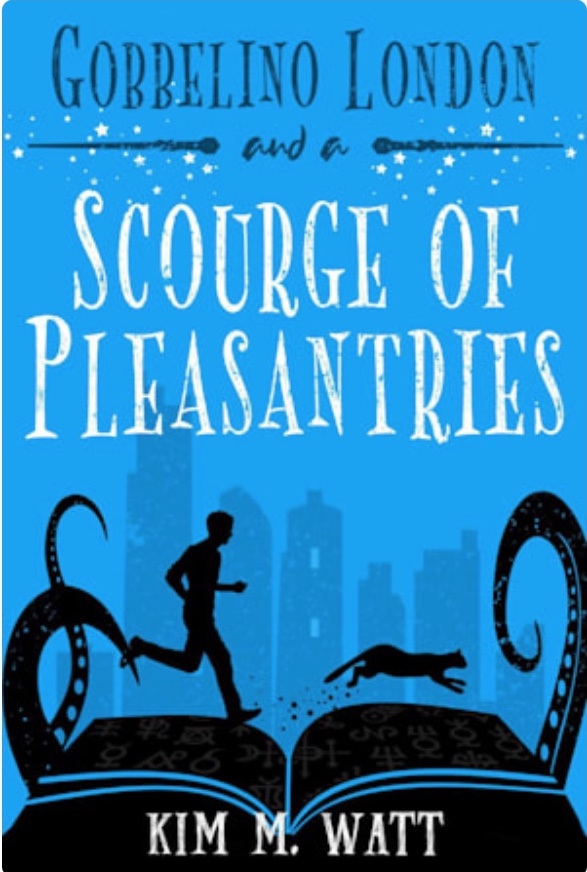 If there’s a book out there that matches my own snarky humor better than this book, please don’t give it to me to read because I might just wet my pants. And no one wants to see that.

Besides the humor, there’s a talking cat who can’t quite seem to get his idioms correct, a touch of paranormal mystery, and plenty of tea…what more could I want? Okay, a great story, whip-crack dialogue, and a cast of unforgettable characters. And Watt managed to deliver all that in a terrific package.

If I had to find any fault, I’d say maybe the jungle fight scene toward the end went a bit long (I mean, I was eager to find out what was going to happen and the jungly madness just kept coming!), but it didn’t detract in any way from the overall enjoyment of the novel as a whole.

I will definitely be diving into the next book in the series soon!

Infinite Waste by Dean Wilson – This was a little disappointing because it looked like it might be funny. It wasn’t. The main characters just seemed too sci-fi stereotype, so I gave up after about 40 pages.

Radio Nowhere by Douglas Smith – A widower thinks he’s discovered a way to bring his wife back from the dead. Never mind that it could rip the universe apart. The premise made this sound far more “sci-fi” than it actually ends up being and I didn’t really like the two main characters, but overall it’s a well-told story with a decent wrap up. 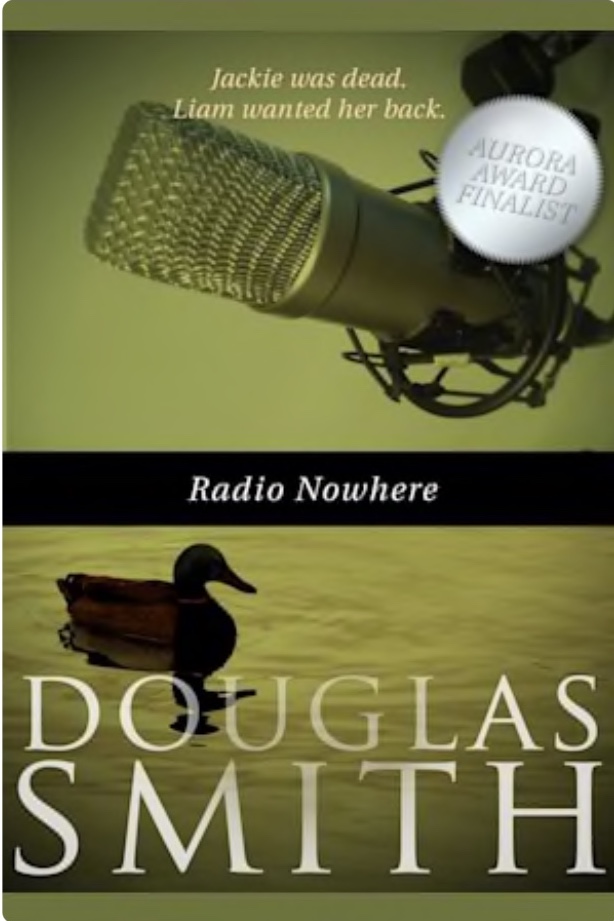 Hard to believe only one of these was a “real” book. No wonder my ears hurt so much!

The Strange Case of the Alchemist’s Daughter by Theodora Goss (audiobook) – A book that combines Jekyll & Hyde, Sherlock Holmes, Jack the Ripper, Frankenstein, Dr. Moreau, and more sounds like an absolute hot mess. So the very fact that Goss pulled it off, and pulled it off in a fabulous way, speaks to some mad writing skills. 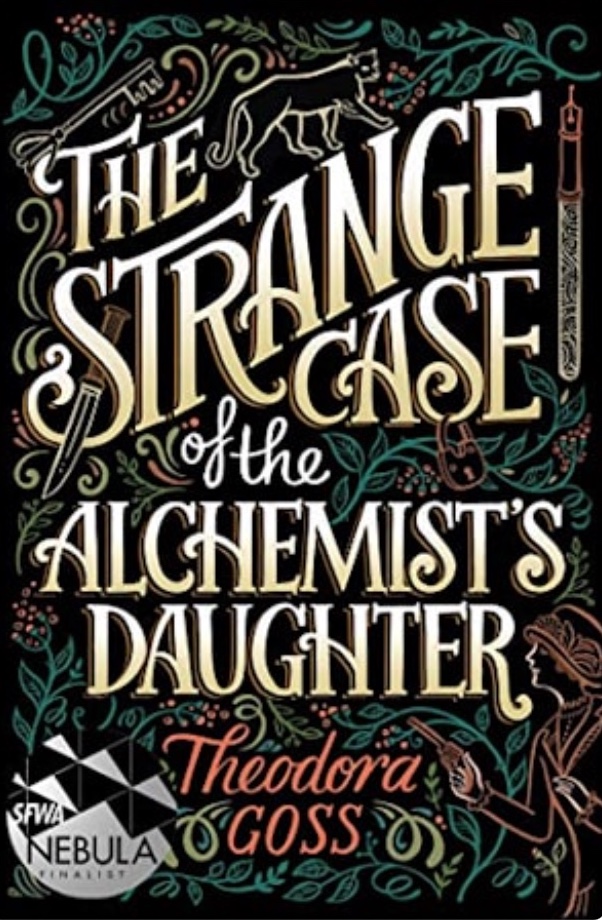 Coraline by Neil Gaiman (audiobook) – This is just an almost perfect story, and the audiobook version is even better since it’s narrated by Gaiman himself. Coraline is a curious girl whose parents don’t seem to have time for her. When she finds a secret door, she heads through and discovers another home and another set of parents just like her own. Only not. Coraline soon learns the creepy truth of her “other mother”…and learns she has to dig deep into her own bravery and cleverness if she’s going to get back to her world.

The Shape of Water by Andrea Camilleri (audiobook) – I needed a little trip to Sicily, so decided to re-read this crime novel. Unlike some mystery series, that main character, Montalbano, already seems like a fully-fleshed out. You get a true sense of his character in regards to his job as an inspector, his character as a person in the community and in his personal relationships. He’s loyal, but he’s definitely no angel, and watching him sniping about co-workers and bending the rules when needed makes the story more interesting. The language can be a bit crude, so if that bothers you, stay away.

A Single Thread by Tracy Chevalier – The writing in this book is spectacular. Chevalier really brings you into the setting and brings it to life. But I found the main character Violet the most boring character in the entire book. The side characters steal the show and Violet just kind of seems pushed along. She shows strength on occasion, but it’s a wavering kind of strength that comes across as sniping at times. All in all, the story is nice and it’s a relaxing read. If you like Tracy’s other work, you’ll like this. 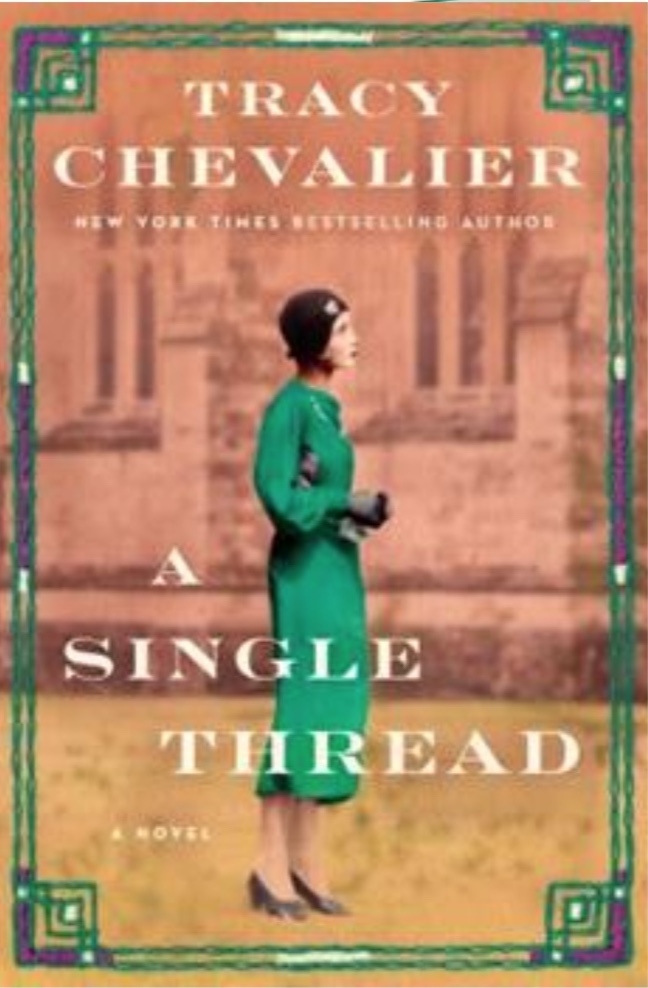 Dune by Frank Herbert (audiobook) – It’s Dune. It’s a fairly familiar story, but it’s also a LOOOONNNNGGG story for the little that actually happens. The audiobook version, however, does bring a faster pace to the story and makes it feel a little less of a slog to get through. Still, this is just never going to be one of my favorite tales. And to be honest, after this reading, I’m fully convinced I don’t like any of the characters in Dune.

The Fellowship of the Ring by JRR Tolkien (audiobook) – It’s been a long time since I’ve read this trilogy and I forgot how slow this first book is. After getting used to the pace of the movie, it’s amazing how little urgency there is in pretty much the first half of the story. I mean, seriously, you’re old to get underway as soon as you can….then months go by… Move it, Frodo!! Still, once the party does get on the road, and especially after meeting up at Elrond’s the book’s pace picks up and I felt more “into” the story.

I only made it through one of these this month…and unfortunately, it wasn’t that great.

DUNE: The Graphic Novel, Book 1: Dune (Volume 1) – This version of the Dune story doesn’t disappoint, but neither does it wow. The art is crisp and well done, but nothing terribly unique And if I didn’t know what this book was about, I would have been completely lost in the first 10-20 pages and probably would have abandoned it (it does get clearer as you go on). 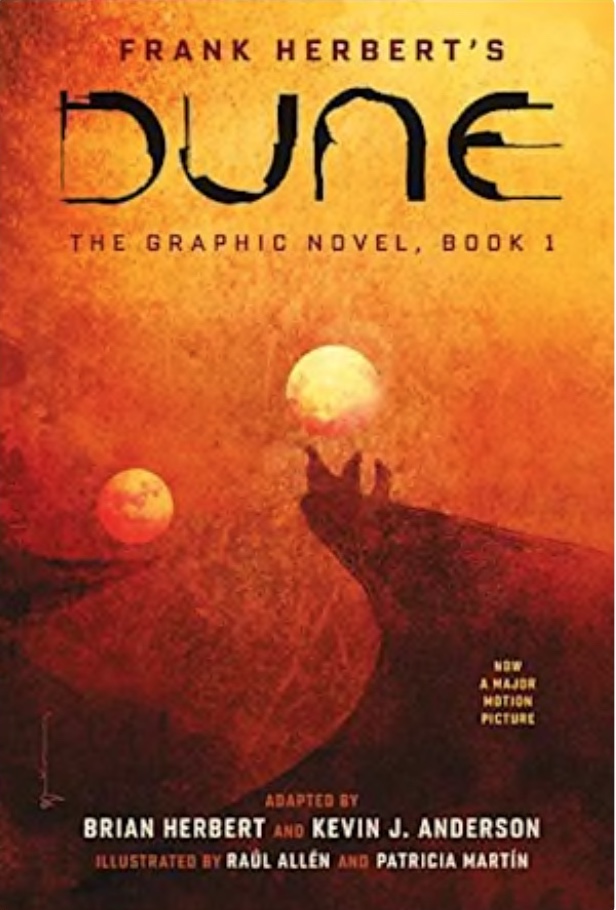 Looks like I had a Marketing & Memoirs theme going on in March.

A Very Punchable Face by Colin Jost (audiobook)  – This was absolutely hilarious. I didn’t really know anything (or care, for that matter) about Colin Jost, but curiosity drove me to this book. I “read” the audiobook version, which is read by Jost himself, making the book even more entertaining. For better or worse. you will never look at Colin Jost the same again…especially after the chapter about his, um…intestinal issues.

The Answer Is . . .: Reflections on My Life by Alex Trebek (audiobook)  – This was just a wonderful little book. When it came in from the library I almost didn’t read it, thinking it wasn’t going to be all that interesting, but within a few minutes of starting the audiobook, I was hooked. It’s funny, it’s full of nostalgia without being sappy, it’s concise, and it gives a perfect glimpse into a truly great individual. 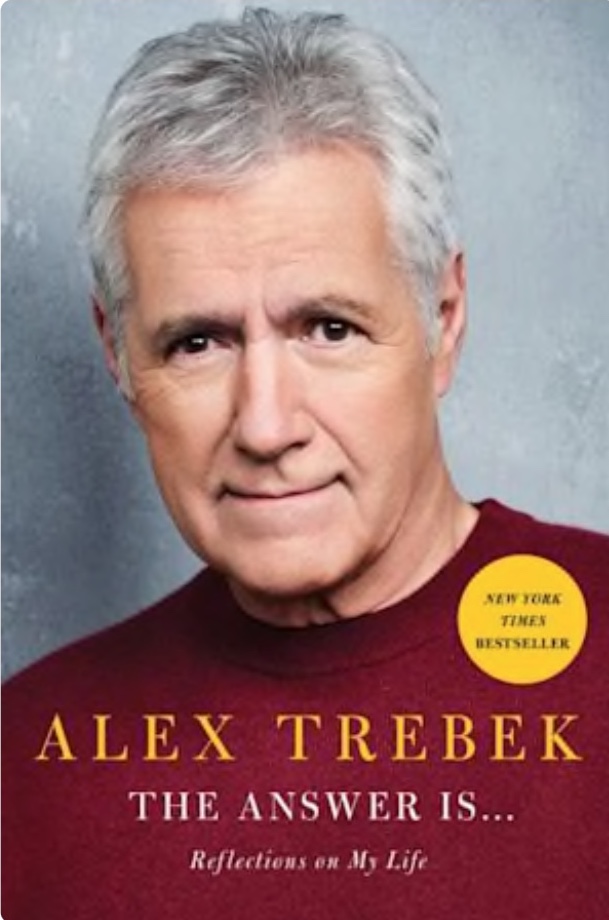 How to Market a Book: Overperform in a Crowded Market (Reedsy Marketing Guides Book 1)  – A great book on everything book marketing! If you’re just starting out, this is going to be one of THE best resources you could load into your arsenal. With tips ranging from mindset to mailings lists, and where to publish to how to set up a promo, you can’t beat the clearly-presented advice.

The Fiction Formula: The New Rules of Self Publishing Success by Sean Platt & Johnny Truant (audiobook)  – This is a terrific overview of not only the writing process (and how to go about it without going bonkers), but also how to treat your writing as a business, how to market (not extensive, but again, a good overview), and how to avoid certain pitfalls. 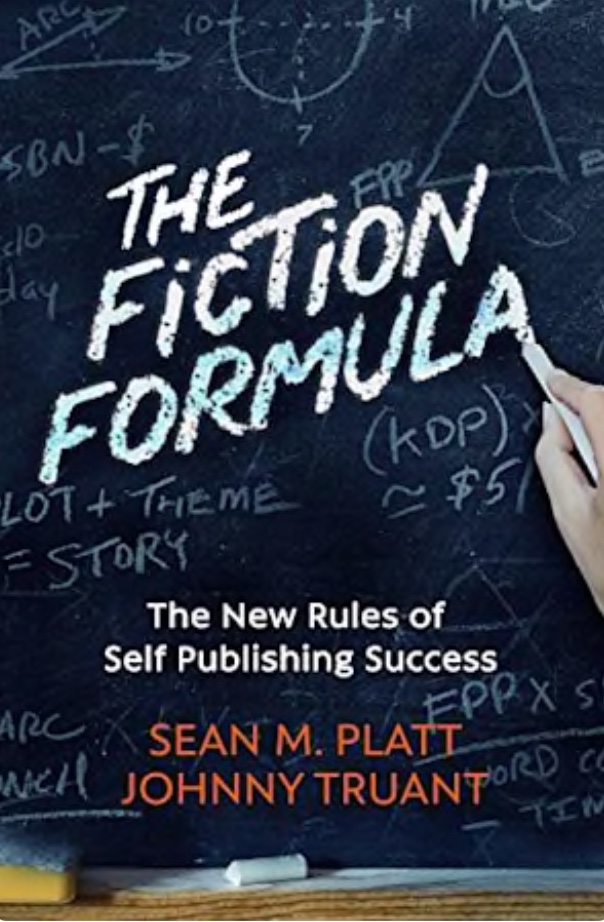 What books did you tackle this month? Any favorites? Have you read any of these? What did you think?

Note: The book links above are affiliate links. If you purchase anything, it will cost you NOTHING extra, but I get a teeny tiny commission to help keep the lights on. Thanks!!