Flying to the Past for National Aviation Day

Since I’m drowning in the depths of a major rewrite to the second book in my Cassie Black trilogy, I’m saving some time by resorting to a little bit of bloggy shenanigans.

Helping me out with this trickery are your favorite monster, Finn McSpool, and the people who come with these odd national and international days of celebration (I was really upset to learn I missed out on National Avocado Day last month…sigh).

Anyway, today is National Aviation Day, which brought to mind a trip to the Evergreen Air & Space Museum Finn, Mr Husband, and I took a couple years ago. I posted about it on the blog soon afterward, but in case you missed, here it is again!

Buckle up and enjoy your flight!

You know that saying, “It’s hard to keep a good monster down”… Wait, no, that’s not how it goes, is it? Anyway, Finn McSpool recently put this maxim to the test on a recent trip to Oregon’s Evergreen Aviation & Space Museum.

I’ve been wanting to visit this museum for ages because it houses a historically fascinating bit of aircraft (we’ll get to that in a bit), but since it’s about an hour’s drive southwest-ish of Portland it’s not a place I’m just going to pop into. However, the museum just happened to be along the way when Mr Husband and I (and a trio of Beasties) headed to the Oregon Coast for our anniversary getaway.

Another deciding factor – since the museum is insanely expensive – was the free entry pass we snagged from our local library (and Mr Husband’s work place).

How could we not go?

It doesn’t take a genius to figure out the museum is dedicated to air and space…or more accurately, the things we fly through and launch into air and space. There’s a good display of old timey aircraft made of what looks like popsicle sticks….

There’s also plenty of ra-ra America military aircraft, but some of them look like they’d be fun to fly… 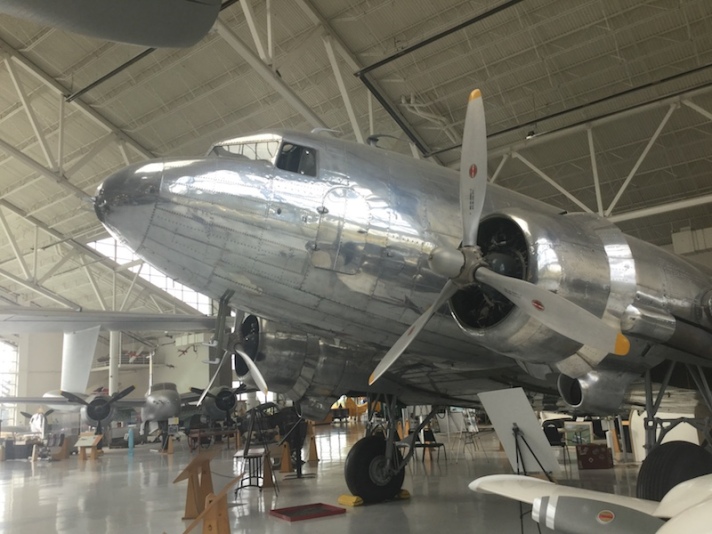 Yes Finn, you look fine, now let’s get to the elephant in the room, so to speak… 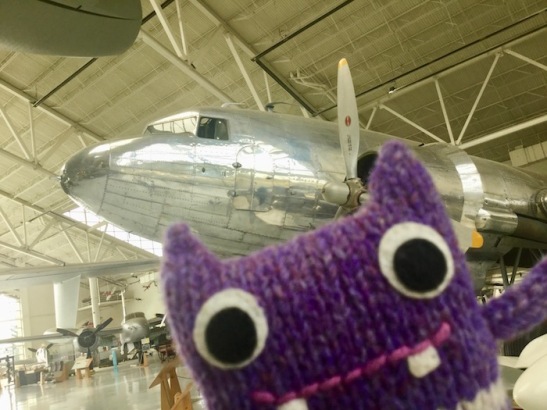 My main reason for wanting to go to this museum was actually The Spruce Goose, aka the Hughes H-4 Hercules…no, not THAT Hercules…

This Hercules was the dream child of the slightly off-kilter billionaire Howard Hughes who loved airplanes and also happened to die on the Titanic. No, wait, that was Leonardo diCaprio who played Hughes in The Aviator. Sorry, the lines between reality and fiction blur sometimes.

Hughes/diCaprio designed the Spruce Goose (actually made of birch) to serve as a cargo airboat in World War II. And hey, if you’re going to haul stuff, you might as well haul A LOT of stuff, right? The Spruce Goose ended up being the biggest flying boat ever built, the largest wooden plane ever made, and still boasts the widest wingspan (321 ft) of any plane that has ever flown.

And that’s about it for the glory of the Goose.

See, someone decided to declare peace before Hughes could complete his plane (among other problems with the project, he was a bit persnickety and this slowed production). But Hughes was a perfectionist and wanted to see the project to completion, which he did…in 1947. During this time Hughes was actually brought to trial by the US government for wasting war funds because he took so long with this expensive project (over $280 million in today’s money).

In the midst of his trial, Hughes figured he’d show everyone what his big bird could do…

…the plane made it all of one mile before having to touch down again. And that was the only flight the Spruce Goose ever made. No joke. But still farther than Big Bird has ever flown, so I guess that’s a point to Old Goosey

The plane went on display in California (where it was built), but eventually the Evergreen Air Museum acquired it and built a facility to house the behemoth. It was partially dismantled and driven on trucks, trains, and barges (note there was no plane transport, oh irony, how I love you) from Southern California to Oregon where it was reassembled and given a home newly remodeled to fit the aircraft.

Enough History, When Does Finn Do Something Funny?

Giant airplanes aside, the space side of the museum houses some giant rockets…

Nearby, Finn thought he’d found an homage to Saturday Night Live’s Coneheads and was a little disappointed to find out they were only nose cones from the giant rockets.

He then made friends with this guy…

…so, of course Finn thought he’d try his hand at being an astronaut.

-Finn! Get down from there!

Trouble was, now that he’d gotten a taste for space exploration, he was eager for more. 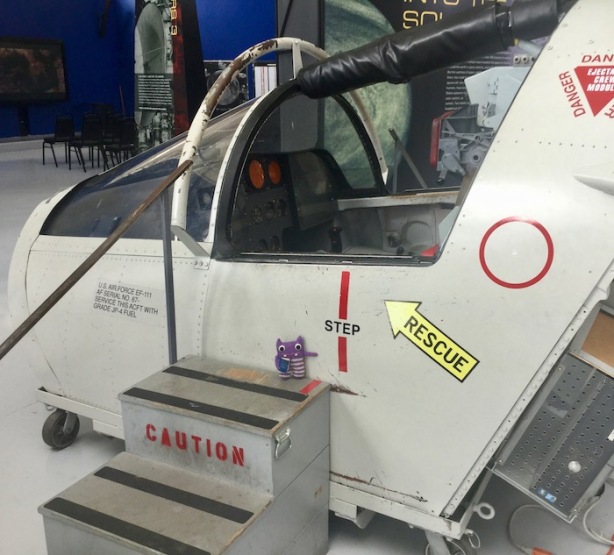 -I’m not sure if you should be getting in that.

-Why? It seems perfectly safe.

-Okay, but just don’t touch any of the controls.

-Sure, sure, but I’m getting tired. Maybe I’ll just lean back for a bit—

I was too busy trying to explain things to security to get any good photos of what happened next, but let’s just say this was a fairly accurate artist depiction of the event… 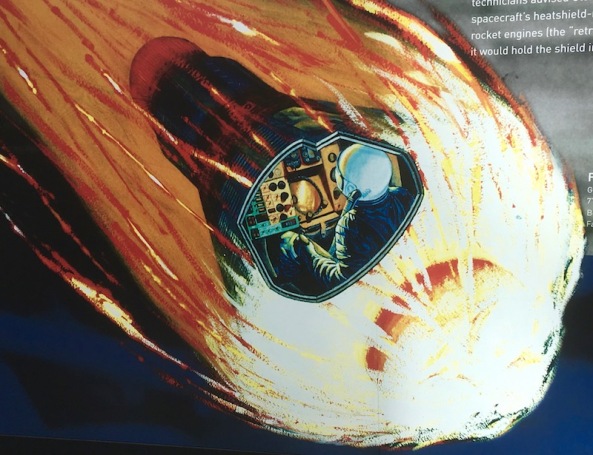 Thanks for popping by everyone!!!

4 thoughts on “Flying to the Past for National Aviation Day”