March Writing and Reading Round Up

Well, this has been a month, hasn’t it?

I’ll cover my writing updates and worldwide worries in a bit, but let’s start off with something most of us can agree on…we all need a laugh and a bit of escape!

Reading Changes for the Pandemic Panic

My initial goal this year was to get through as many of the books on my crowded shelves as possible then donating the books I read to clear up space for, well, more books. 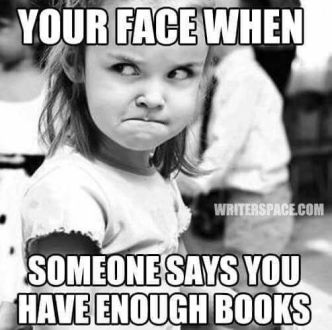 Since most of my books are hefty historicals, macabre mysteries, or horrendous horrors I didn’t think any of these would be optimal reading material for the already anxious mind.

So, around mid-March I went through my library’s Overdrive ebook catalog, went to fiction, then to humor, and added dozens of titles to my wish list.

Starting last week, I plunged into a couple and they really have helped ease a little bit of my frantic mind. I highly recommend this as a reliable and safe form of Covid coping.

Here’s what I’ve read this month…

Kill the Farm Boy (audiobook) – The first of my humor selections and boy was I giggling as I listened to this one. It’s the first in a series (The Tales of Pell) and I will definitely be putting the other books on hold soon.

Brina the Cat: The Gang of the Feline Sun (ebook) – Very heartwarming and it had me flipping pages like mad to see if Brina (who runs away from home) would return to her owners or keep heeding the call of the wild.

A Death in Vienna (paperback) – Not as captivating as the TV show Vienna Blood, but it did hold my interest. Although it really left me wanting some Viennese pastries!

The Rosie Effect (ebook) – Recommended by blogger and quilting queen Tierney, I could not stop reading this romantic comedy. I couldn’t help but cheer for (and sometimes cringe for) the painfully awkward main character. If you can find a copy, add it to your to-read list NOW.

The October Man (audiobook) – Okay, as a nutty Ben Aaronovitch fan, I don’t know how I missed this one when it came out, but once I got a copy I devoured it. It’s a spin off from the Rivers of London/Peter Grant books and it does help if you’ve read at least the first book of that series (which you should).

Wallace & Grommit: The Complete Newspaper Strips Collection Part 2 (ebook) – Yes, more comics. So many puns. So much cheese. So many laughs :))

Semper Fidelis (audiobook) – This is the fifth book in Ruth Downie’s Medius series. I didn’t like the 4th book much at all and was a little hesitant about this one, but it proved to be a great read…or listen.

Have you read any of these? What did you think? Do you have any humorous reading suggestions for me?

By the way….if you’re looking for some books to add to your own reading list, be sure to check out the bargain & freebie promos at the bottom of this post.

Writing right now is a challenge.

With the local library shutting its doors in March, Mr. Husband has been home from work. I’m used to eight hours of being able to focus on what I need to do and moving from task to task without interruption.

So it’s been a strange situation trying to get used to having someone in the house…someone who doesn’t have much work to do. I feel rude and guilty that I’m “ignoring” him, but I’m trying to push past that and stay on task.

The other tough spot is feeling like none of what I’m doing matters. With the lack of concern in the U.S. regarding The Virus, I can’t help but think I’ll be dead before my current work-in-progress gets published.

And this manuscript isn’t being published years from now…it’s got a tentative release date of late summer or early fall of this year. It’s really hard not to despair as the Orange One plays politics with our lives.

Also, I know we’re all concerned with the here and now of keeping our distance and keeping our hands scrubbed, but I’m fretting over the future. Currently, most countries are not allowing in foreigners. The trouble with that, especially in the US is that most of our crops are planted, tended, and picked by migrant workers.

Since we’ve closed the borders, it’s a curious and unaddressed question of who is going to do that work. It’s already next to impossible to get flour, nuts, canned goods (and of course toilet paper). What’s summer and fall going to be like if we can’t harvest fresh produce (much of which then gets frozen, canned, etc.)?

I don’t want to be alarmist, but I’ve already devote several new spots in my garden to vegetable beds and I’d suggest, if you have the space, to make this year the year you start a veggie garden. Hopefully, we won’t need it, but it’s worth being prepared…plus any extra lettuce leaves can be used for TP, if this hoarding mania continues.

Okay, Enough of That. Time for Creative News!

Despite the despair and the change in working conditions, I have managed a bit of productivity…

Alright everyone, I’m going to wrap this up. Now, I want to hear from you….

What are you doing to take your mind off things?

Are you starting a garden or planning ahead in some other way?

What’s the oddest change you’ve made due to The Virus…I want funny, wry, sarcastic answers on this!!

2 thoughts on “March Writing and Reading Round Up”