Whose Novel Just Won A Prize?

Thursday, in between proofreading sessions on The Battle of Ares (Book Five of the Osteria Chronicles), I checked my inbox and found an email vaguely titled “Contest”.

So, of course, I immediately think it’s spam.

Luckily, I can preview the first couple lines of my emails and noticed this one read: Congratulations from SMK Literary Competition!!

Okay, I have to admit I was still a little befuddled. Proofreading for hours on end does some funky things to your brain. After all, my mind’s keyed in to errors, not to exciting news from contest organizers.

Soon enough, my synapses started firing properly again and I recalled submitting to this contest back in November…that would be back when I was still trying to get out of vacation mode and back when I was recuperating from the stomach flu to end all stomach flus.

So, forgive me if I’d completely forgotten about my submission.

The contest is the Soul-Making Keats Literary Competition run by a branch of the National League of American Pen Women. They offer many different contest categories (short story, memoir, essay, etc.) and the entry fee is incredibly reasonable.

It’s been years since I’d sent anything in for their (or anyone’s) annual test of writing skill, but last year, since I’d written a whole pile of new short stories, I decided I’d submit three of them.

I also decided I’d like to send in a novel excerpt just for shits and giggles.

I had planned on sending in Domna, but the rules stated the novel could not already be published. Well, hell’s bells.

At the time, I was working on the final two books of the Osteria Chronicles, but neither of these tomes was in any fit state for anyone’s eyes other than mine (and even that was questionable). Plus, I didn’t think sending in the end of a series would be the right fit.

However, I did have another novel sitting around…the first in that zombie/magic/mystery trilogy I keep droning on about. It’s still in draft form, it doesn’t even have a title, but I really, REALLY like the story, so why not give it a try?

For the novel excerpt, entrants have to send in the first 25 pages of the book along with a synopsis of the entire book. Ugh. Do you know how long it’s been since I wrote a synopsis?

If you don’t know what a synopsis is, it’s a one-page torture device in which you have to explain everything that happens in your 300-page novel. The entire plot, the major characters, the overall motivation. Everything.

Adding to the fun, I had a limited amount of time to whip the first 25 pages of a novel that’s still in rough draft form into something readable. And I had to come up with a title for a book that so far had only been called “Cassie 1” or, even more lazily, just “C1”.

If this was a movie, this is where you’d cue the scrambling-to-get-in-shape montage. 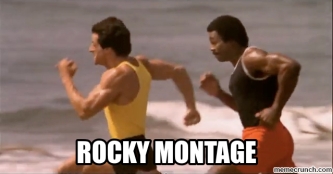 Anyway, long story short, I got everything done in time and sent my packet off to the contest folks with plenty of hope for the short stories but not much for the novel excerpt.

I then promptly forgot about it.

When the congratulations email came, and after I got over my confusion, I was happy, but not ecstatic. This contest counts honorable mentions as winners (The Trials of Hercules won one back in 2014), so I wasn’t expecting much.

Since I’d sent in three short stories and figured my odds were pretty good, I clicked on the short story winners first.

What do you know!? I’d won third prize for “A Case of Mamma’s Love” Well, hot diggity!!

Which left me assuming that was the prize mentioned in the email.

Ah well, might as well check the novel excerpt winners just to see if I snagged an honorable mention. 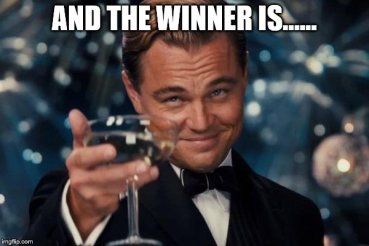 I did not snag an honorable mention.

I snagged first prize!! My not-even-complete, cobbled-together-while-sick-as-a-dog novel had won!!

Once I got over the shock, once I got over wondering if no one else had submitted, to say I was thrilled would be putting it mildly.

The prize money certainly isn’t a life-changing, but to nab the number one spot for a project I’m already enamored with has me even more excited to get this book completed and into the world.

Now the big decision is whether or not to attend the awards program during which winners read from their work. I certainly wouldn’t complain about a trip to San Francisco….but reading out loud? to humans? eek!!

Anyway, the event (I believe) is open to the pubic, so if I do end up going, I’ll let you know and might hopefully see you there!!!

Oh, and one quick tidbit before I go…my story “Mrs, Morrison Meets Death” is now featured in the current issue of The First Line Literary Journal!! Squeee!!!

17 thoughts on “Whose Novel Just Won A Prize?”