So Much Happy (and Relief)

Yes, Bloglandia, it’s a rare Sunday post for me. I had planned to write this yesterday but by the end of the day I couldn’t bear to be in front of the computer another second (more on that in a bit).

Besides, I was too busy doing the happy dance, because (drum roll, please)…

I am DONE with Books Five & Six of the Osteria Chronicles!!!!

And the best part? I finished a week earlier than I’d planned. 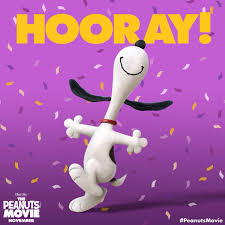 Maybe I Should Clarify…

Okay, by “done” I don’t mean “done done.” There’s still a couple rounds of proofreading and making sure all the formatting in the print and ebooks is in ship shape, but the worst of the work is behind me.

And if I’m going to admit something, this project has been a nightmare. These are both fairly dense books (close to 400 pages each in their print form) and I needed to work on them together because the story lines in Five mesh into the story lines in Six.

There was also some tricky timeline work that just refused to be beaten into submission, some characters who were in two places at once (this is fantasy, but not quite THAT fantastical), there were spots that just kept feeling too thin or confusing, and of course there will always be paragraphs that could be worded more clearly.

Anyway, by Friday, I had nearly solved the editing problems and the confusing bits in both books, but I still had some wonky timeline/character stuff going on in Six. Solving that was yesterday’s task.

I knew I was on the right track for the day when I woke up yesterday morning with the solution for that character being in two places at once. Can I get another YAY? Thanks.

But there was still the timeline. If you don’t know the Osteria Chronicles books and are wondering what the big deal with the timeline is, well, the big deal is that I have multiple story lines being related by multiple characters and sometimes events overlap, sometimes events go back in time a little bit, and it can be a nightmare when I’ve got an action-packed series of scenes where I don’t want to reveal too much too soon.

Anyway, I sat down with pen and paper and wrote down the events in each chapter, doing ten chapters at a time and drawing all kinds of arrows showing what should go where. Every ten chapters, I’d do the rearranging, then start on the next ten, meanwhile changing a few things to get it all nice and tightly plotted.

And then, holy Zeus burgers! three p.m. rolled around and I had it all in place. You know what’s coming….

My other goal yesterday was to get the print files ready and sent in so I could get my proof copies ordered ASAP.

I had Book Five’s PDF ready to go, but still had to cobble together Book Six’s. After plenty of copy and pasting and formatting, I had both files looking for a home.

Thanks to some playing around last weekend, I had a couple test covers. And, thanks to the computer gods, the file upload went super smoothly and I got the proof copy order in by 5 p.m.

Yay, indeed. And a huge sigh of happy relief.

Oh, and I even have names for the books. Not that I don’t think Book Five and Book Six have a certain ring to them, but Book Five is now The Battle of Ares, and Book Six is The Return of Odysseus.

While I wait for the proof copies to show up, I’ll be hammering together some book descriptions and enjoying a short breather from these tomes.

Release dates for these books are in March and May(?) next year and hopefully I’ll get the pre-orders posted within the next few weeks.

What about you? Any major accomplishments this past week? How do you tackle big projects? Share your thoughts in a comment,or just say Hi. I’ll be back next week with some more of my French adventures. See you then!!