Okay, I might just be getting back into the blogging groove and I’m going to celebrate my return by NOT boring you with my writing news. Hey, stop cheering! Anyway, this post is the first in what will be an I-don’t-know-how-many part series about my recent trip to France.

Finn McSpool will be popping his wooly head in now and then, but for this first post I want to take up space to give a shout out to possibly one of the best people and best places in all of France (or at least the place and people we came across).

So, dear readers, let’s take a look at…

When Mr Husband and I were deciding where to go on this trip I was pretty insistent on wanting to see Carcassonne. Yes, I know everyone says it’s tourist trap, that it’s fake, that it’s blah blah blah. But it’s also a place that looks amazing and has a fascinating history and I just can’t resist a walled city with a castle.

In other words, we thumbed our noses at the naysayers and decided to stay for a couple nights….that was the plan anyway.

If you don’t know much about Carcassonne don’t worry, I’ll get to that in a later post. All you need to know for now is that there’s La Citè, the walled city perched on top of a hill, and the lower town where you’ll find the train station and Monoprix.

I wanted to stay within the walls. I mean if you’re going to go touristy, you might as well go all the way, right? I scoured some hotel recommendations and ended up picking a guesthouse from the Rick Steves guidebook called Le Grand Puits (“the big well”). Not only did the place feature three big rooms with views of the city, but it also included breakfast and the price couldn’t be beat.

Arrival…and a Longer Stay than Expected

After walking up from the train station and attempting to follow the map I’d printed out (seriously, navigating medieval streets relies more on intuition than map reading), we got lost. Luckily, the name of the place says it all and we did find the big well so I knew we were close.

Turns out we had walked right past the place. I’m going to blame it on the last bits of jet lag pushing their way out of my system.

The owner, Nicole Trucco, greeted us warmly and, even though I’d seen pictures of the room, I was floored by how ginormous our room actually was.

We had the Orange Room (obviously) and I couldn’t help but laugh at the efforts Nicole had made to keep to the theme. The housing of the TV was orange, the tables were orange, even the zebras on the sheets were orange!

The huge room had three beds, a sitting area, a kitchen, a spacious bathroom, and we even had a balcony to kick back on!

Oh, and the view out the window? Not too shabby…

In our little fridge Nicole had placed yogurt for each morning, two big pots of jam, and plenty of butter. In the kitchen were all sorts of tea, coffee, and toasty breads, while on the ground level she also had a huge array of cereals, milk, and eggs you could take and fry up yourself.

Nicole often popped her head out as we were coming or going to make sure everything was okay, if we needed anything, or simply to chat. Her English and my French were both limited so these conversations turned into weird hybrids of Fren-glish, but we got our points across. During one of the chats I asked how old the house was. It dated from the Renaissance. Crikey!

Again, more on Carcassonne itself later, but on our final night we were feeling a bit sad to leave such a terrific place and such a welcoming home away from home. Then came the deluge. But before we get to that….

A Word from Our Sponsors

Since the WordPress gods insist on sending me an annual bill each year to keep the lights of this blog on, I figure the blog ought to make a little effort to earn its own keep. One of the ways of squeezing a few pennies out of my blogging time is to grab a little bit of affiliate money from Amazon.

Below are a few options of things you might already be considering signing up for, purchasing, or trying out. If you click on the images and make a purchase (or even sign up for a free trial!) I get a teeny tiny reward. It costs you nothing extra (hell, the free trial costs you nothing at all) but it does help me pay off those WordPress gods. 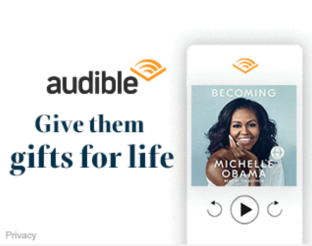 Okay, Thanks for Your Patience, Let’s Get Back to France….

So the deluge. I’m not exaggerating by calling it that!

The storm that came through was the wildest one I’d ever seen. It dumped rain, the wind was howling, and the lighting was insanely intense. All night long. And it was still raining in the morning when we had to make the long trek back to the train station. Ick.

And not just cancelled. It was so cancelled they didn’t know when the train would be running again. I won’t say all the fretting and debating we went through, but we were supposed to be going to Arles and no trains were running along the southern lines because of serious flooding in Beziers.

No Silver Lining on That Storm Cloud

We exchanged our ticket for the next day but the lady at the window didn’t seem too optimistic about that train actually happening. We had no idea what to do. It’s not like the train company was offering alternatives such as shuttle buses. We were just stuck and starting to wonder if we were going to end up homeless.

I even got desperate enough to approach a cluster of cabbies and ask them how much a taxi to Arles would be. This got a good chuckle, but they played along, did the calculations, and said it would be about 450 euro. We all had a good chuckle over that one.

Throughout this, I’d been messaging our hosts in Arles letting them know what was going on. They attempted to find us a blablacar (sort of like Uber), but none could pick us up anywhere near the train station. I’d also sent an email to Nicole asking her if she had any rooms available, but no reply.

A Small Ray of Orange Sunshine

At this point, I seriously thought we’d end up sleeping in the train station. Not wanting to accept our itinerant status, we trudged back up to Le Grand Puits (at least the rain had stopped by this point). Good news! The lack of any rail service meant the people who were supposed to come couldn’t make it and we got our orange room back.

The next morning Nicole tried to call the train company to find out if our train was running, but got now answer. She tried to search online for info, but couldn’t find anything specific. So, back to the train station (this was a half hour walk each way). There, we found out all rail service that we might need was cancelled at least through 4 November. AT LEAST. As in, We don’t have a clue.

Nicole Goes Above and Beyond

Okay, I’m VERY independent and I hate asking for help, but we were desperate. We had vacationing to do. We really did love Carcassonne, but come on, enough is enough!

I asked Nicole to call us a cab. She said it would be expensive. Yeah, we already know but it was the only option (all long distance buses were booked solid). She went down and started making some calls.

Unfortunately, no one was available to do the drive. I seriously thought we were going to end up living in Carcassonne, possibly in the Orange Room.

But then something amazing happened.

Nicole, Super Duper Nicole, said she could drive us. She couldn’t do it until the next morning due to family arriving that afternoon, but we didn’t care. We’ll take it. Granted, she didn’t do this for free, but it was significantly cheaper than a taxi.

And not only did she go through all this work of making calls and interrupting her life for us, she went out and picked up even more food for us for our breakfast the next day! But that wasn’t the end of the kindness…

To the Door Service

The drive to Arles from Carcassonne is a little over two hours and we didn’t want to be any more trouble than we’d already been so we told Nicole she could just drop us off at the Arles train station and we’d walk to our place.

Nope, she was having none of it. She not only drove us to the door of our AirB&B, she got out and spoke with our hosts to make sure we were in the right place and to explain all that had  happened.

I was half in tears with relief and in overwhelming gratitude for her super duper-ness.

If you’re ever in Carcassonne pay attention to the weather reports. Oh, and don’t hesitate to book yourself in at Le Grand Puits. Hopefully you won’t need chauffeur service, but you will get a warm welcome and a great place to stay!

There’s another shout out to offer up but I’ll cover that in the next French Vacation post when I’ll reflect a little bit on my overall impressions of France and the French.

Gobble Up Some Free Books

10 thoughts on “The Amazing Le Grand Puits of Carcassonne”