Has Finn McSpool Met His Match?

Paperback lovers may have rejoiced on Wednesday when I made my announcement about the complete series of Domna now being available, but there was one book-loving monster who was especially excited at the sight of this massive tome…in an uncharacteristically athletic way.

There’s really no explaining this sporty turn on the blog, best just to jump right in with the official coverage of the event….

Has Finn McSpool Met His Match?

Some call it a paperback. Some call it a blunt weapon. Others call it the latest muscle-building gadget. Finn McSpool, meanwhile, calls it a challenge.

In this corner, we have over 600 pages of historical fantasy fiction, otherwise known as Domna: A Novel of Osteria (The Complete Series). In the other corner, weighing in at, well, not much, we have the Irish Wooly Monster, Finn McSpoooooolllllll!

The competition? Can this little stripy fellow lift such a behemoth? Let’s take a look at how the action is progressing.

–Pshaw, this wasn’t even a challenge. After all my training, it feels as light as a feather.

–What? How did that get there? I’ve never seen that before.

–Finn, you were playing that two days ago.

Anyway, while I sort this out with the judges, let’s take a little spin on the wheel of promotion….

Domna: A Novel of Osteria (The Complete Series)

Destiny isn’t given by the gods, it’s made by defying them. 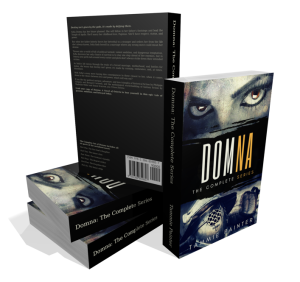 If you like the political intrigue, adventure, and love triangles of historical fiction by Philippa Gregory and Bernard Cornwell, and the mythological world-building of fantasy fiction by Madeline Miller and Simon Scarrow, you ‘ll love Domna.

Grab your copy of Domna: A Novel of Osteria to lose yourself in this epic tale of passion, ambition, and betrayal today.

The Complete Series of Domna includes all six parts of the serialized novel:

Okay, looks like I’ve managed (barely) to keep Finn from being banned. Guess I should go tell him–

Did anyone else hear a scream?

—Finn! Are you okay?

—Okay, if you say so. I’ll just go back to hawking my book.

Note: If you’re outside of the US or UK, you may find Domna on your regional Amazon store by copying and pasting this number into the search bar: 1717901522

Hope you enjoyed this little excursion into the world of sports. I’ll be back next Wednesday with another look into the culture and history of Ancient Rome that went into the making of Domna. See you then!!! 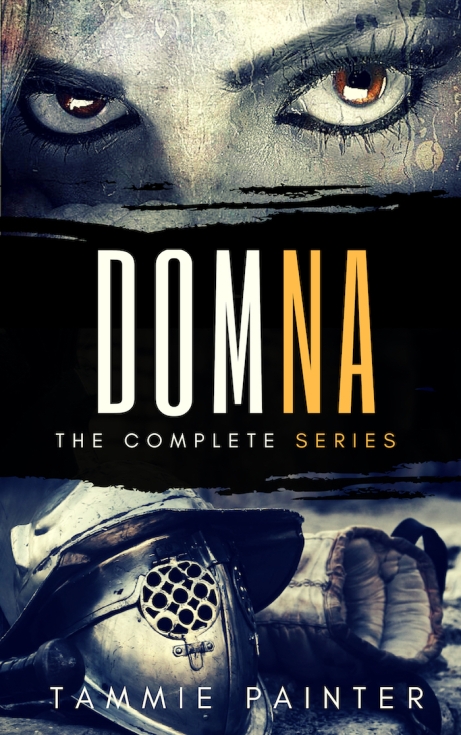 5 thoughts on “Has Finn McSpool Met His Match?”

The spooky, the chilling, the free, and the fantastic are all waiting for you this month!