Giving Domna a Touch of Culture…Roman Culture, That Is

Enough with the cat memes, it’s time to add a touch of culture to this blog.

Okay, who am I kidding, I can’t resist a cat meme, but I do want to share with you some of the culture from Ancient Rome that went into the making of Domna and explain how George Clooney fits in with it.

As you’ve learned from posts such as THIS and THIS, the story in my fantasy novel, Domna, was based on the Roman empress Julia Domna, wife to the emperor Septimius Severus (ruled 193 to 211 C.E.) and mother to the emperor Caracalla ruled 198 to 217 C.E.).

You’ll also recall that I originally wrote this story as a purely historical novel, but got tripped up on several details of research and left the manuscript in a drawer for many years.

The Book Reborn in a New Land

After creating the world of The Osteria Chronicles, which is based very heavily on the culture of Ancient Rome, I played around with the idea of turning the Roman-history centered manuscript for Domna in a direction that could work in this fantasy world of mine. 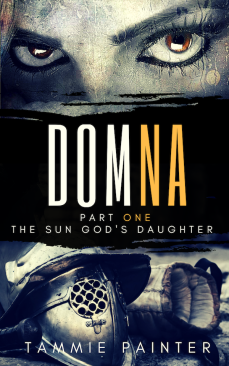 And, you know the end result of that playtime…a fully reworked historical fantasy novel that took a lesser known woman from Roman history and put her into a world full of Greco-Roman mythology.

As such, in Domna there’s plenty of Osterian culture going on such as the color of maroon for mourning, the emphasis on multiples of six, the binding of hands and the words of the wedding ceremony, and more.

However, despite these Osterian influences, much of Sofia’s world in Domna still reflects my research into the culture of Ancient Rome.

In this post, and in a couple other posts over the next few weeks, I’m going to give you a tiny peek into some of those ancient influences from Rome.

For those of you who have read Domna, Part One: The Sun God’s Daughter (if you haven’t you can get a free copy by joining my mailing list), your modern sensibilities might have cringed at Sofia’s subservient acceptance of her father’s demand that she marry a total stranger even though she was already set on marrying someone else.

But what appears as weak in today’s world or as a flaw in Sofia’s headstrong character actually reflects the Roman concept of paterfamilias.

If you’ve seen the movie “Oh Brother Where Art Thou?” you’ll remember George Clooney’s character going around saying, “I’m the paterfamilias!” as if that was an obvious solution to the matter of his wife and brood of daughters disobeying him. 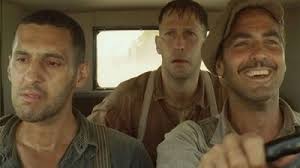 And when he sang at the radio station…

Sorry, that movie always distracts me.

Anyway….Clooney aside, the concept of paterfamilias meant a Roman man was expected to rule his home as its autocratic head of household. His word was law. If you — you being his wife, his children or his servants — disobeyed him, he had the right to harm you, banish you, or even kill you.

Luckily, it seems that pops rarely went to such an extreme as to execute his own family members, and the law allowing him to do so was eventually repealed.

The concept of paterfamilias basically meant that, while the emperor might keep Rome under a tight fist, the paterfamilias was expected to do the same under his own roof. It was on his shoulders to make sure he was raising moral and upstanding citizens for the future of Rome.

Unfortunately, nowhere in my research did I find references to any paterfamliases singing “I’m a Man of Constant Sorrow.” History can be so disappointing in that way.

I know I can’t be the only Roman history addict out there, so I thought with each of these “behind the cultural scenes” posts, I’d share with you one or two of the books that I used in my research for Domna. Since I can’t stand a dull book, you’ll know these are worth a look.

This week, it’s the Handbook to Life in Ancient Rome by Lesley and Roy Adkins. This provided SO much detail about things such as family life, military organization, and even what boat travel was like for passengers (which you’ll also see cropping up often through Domna).

And, of course, it’s not exactly research related, but if you’ve never seen “Oh Brother, Where Art Thou,” you really should check it out.

If you like the political intrigue, adventure, and love triangles of historical fiction by Philippa Gregory and Bernard Cornwell, and the mythological world-building of fantasy fiction by Madeline Miller and Simon Scarrow, you’ll love Domna.

As a realm teeters on the verge of rebellion anything is possible, except one woman’s freedom to choose her fate. AVAILABLE NOW for FREE!

7 thoughts on “Giving Domna a Touch of Culture…Roman Culture, That Is”