This week, I had so many ups and downs in my writing world, I wouldn’t have been surprised if, next to my computer, a sign had been appeared stating, “You must be this tall to ride.” So, slap on your seat belts and let’s go for a little loop-the-loop (and please keep your hands in the car at all times).

As with any thrill ride, I started the week with that tinge of excitement because I managed to outline Books Five & Six of the Osteria Chronicles.

Sort of like that slow chugging up that first climb of the roller coaster, my outline started out a little clunky. First, I had no idea where my notes (which I had written out way back during the production of Book Two, The Voyage of Heroes) had gone. A little hunting and searching and voila, there they were lurking deep in a desk drawer.

Because I only had an inkling of where this series was headed when I made these cards, the info for Books Five & Six was super thin and much of it no longer applied. After some sifting, I basically had a tiny bit of stuff for Achilles, a fair number of plot points for Odysseus, and a bunch of cards that said, “the gods pick sides,” “the titans fight the gods,” or “the centaurs help.” Seriously, a blank notecard would have been less vague.

So, chug chug chug up the incline of the outline. Hazily recalling the ideas I’d had while drafting The Bonds of Osteria (Book Four), I simply started writing out what I needed to happen to each of the main characters in Five & Six. Brain cells were quickly jogged back into shape and things started clicking. Within a day I had fleshed out both stories, worked in some nice twists, and brought in a gob of characters we haven’t seen in a while.

I was at the top of the first incline and feeling great.

Then came the plunge.

Here’s the problem, I really want to get both these books and the Domna series published next year. This means making very efficient use of my writing time, but I had it stuck in my head that I couldn’t work on two series in the same day. So, for August and September, I figured I’d devote three days toward editing Domna and one day for the first draft Books 5 & 6 (my other work day is dedicated to “business” matters).

Then the plunge kept plunging.

This was a very VERY bad idea. To complete the draft of Five & Six using this strategy would require writing at least 25,000 to 30,000 words in a single day. That’s a painful amount of writing (especially since I write all first drafts long hand).

Ladies and gentlemen, the ride has shut down. 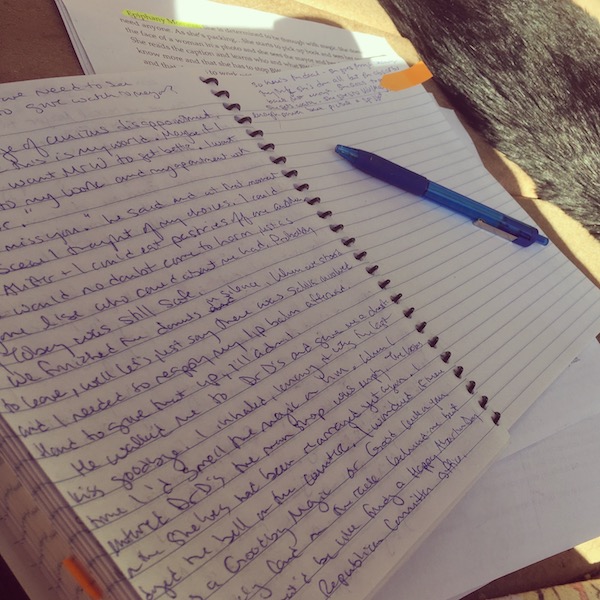 I did. I completely shut down. The first day, I barely got through a quarter of what I needed to do and hit a wall. Rather than pick up something else to do, I kept telling myself, “This is what you are supposed to do today. If you don’t do it, you’ve failed.” But if I looked at another notecard, I felt like I was going to scream.

I beat myself up quite harshly over the frustration that I’m not a fast writer, over not meeting my day’s goal, and over the fear that I will never crawl out of this hole of writing obscurity. The worst, part, there wasn’t even any booze in the house to drown my sorrows in. I mean c’mon life, throw me a bone!! 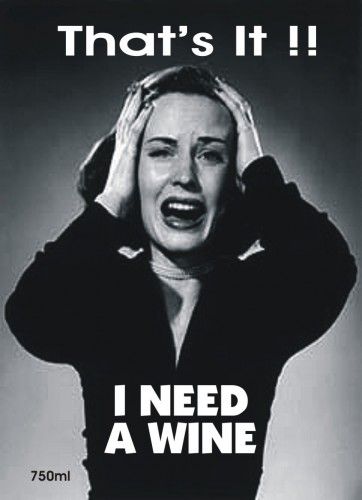 I went to bed that night stuck at the bottom of the roller coaster.

Actually, by now the roller coaster had encountered a sinkhole and I was deep down in a pit of despair. Worse still? Cary Elwes was nowhere in sight. 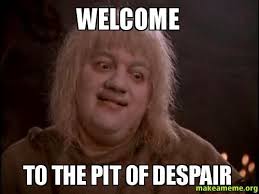 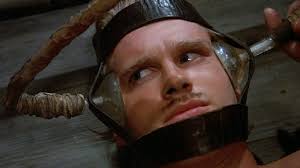 Okay, you know how they say cliches are the stupidest things ever? They’re not. Sometimes, they’re actually true.

I woke up sometime in the pre-dawn hours (my default setting in summer) and thought, “Why not just try doing both series in the same day?” I ran through some calculations in my head and if I could devote a couple hours in the morning to Books 5 & 6, took a break for lunch (aka “do housework/yard work”) and then did my edits for Domna in the afternoon, I might just be able to pull it off.

Things really did look brighter in the morning.

So, that day, I sat down at my not-so fancy, not-so new writing desk and worked on Books Five & Six for two straight hours (okay, there may have been a tea refill in there at some point). The result: writing goal for the day met!!

In the afternoon, like a line of cars whizzing smoothly around the loop-the-loop, I got through my edits on Domna without a hitch and even (gasp!) had half an hour left at the end of the workday.

I felt amazing (alas, still no booze in the house)!!!

And you know what? I stuck to this plan the remaining days of my work week and am now on quite a productive roll!

How’s your week been? How do you climb out of pits of despair (and would you want to if Cary Elwes was in there?)? Have you discovered any work tricks that make you more productive?

Next week, it’s up to you to help me decide on a cover for Domna! And on Saturday, Finn McSpool and I will be back with our first day of exploring the ancient wonders of the Aran Islands. See you then!!!