“War, huh, good god, what’s it good for?” The next line is supposed to be “Absolutely nothin‘” but war is actually good for one thing (at least in Kinsale, Ireland, anyway): fascinating architecture to explore.

After Finn’s self-discovery/holy revival in Cork, I thought we better get out of town to let things settle down. Since Kinsale is an easy bus ride away — and since Mr Husband and I made a little error last time we were there (more on that in a sec) — we grabbed Finn and headed for the bus station.

Now, if you want quaint, Kinsale is your kind of place! This bayside town sits on the southern coast (southeast, to be exact) of Ireland and is about 28 km straight south of Cork. The town itself is a tourist mecca due to its colorful shop fronts and status as foodie central.

But we weren’t there for the food. We were there to explore Charles Fort. First though, we had to get to the fort. As usual, Finn took up his napping position in the backpack while Mr Husband and I trudged 3 km uphill to the site. But the views along the way were amazing!

Now, a little story while we’re walking. Mr Husband and I visited Kinsale on our first trip to Ireland in 2008. On our itinerary: Charles Fort. Unfortunately, we just had “fort” in mind when we headed out of town. After a 3-km walk, we thought, “Hmmm…this place looks nothing like what the guide books describe.” Slowly the clouds in our brains departed and we realized we’d gone the wrong way out of town. See, the entry to Kinsale Harbor was guarded by TWO forts: James and Charles. James is older than Charles by about 90 years and in a deeper state of ruin. However, this was the best vacation mistake we ever made because 1) James Fort is free, 2) few people know about it so we had the entire place to ourselves, and 3) it was great fun to explore because there’s no restrictions on where you can go. Bonus: Parts of it look very Hobbit-y.

This time however, we were determined to see the right fort so we quadruple checked the road signs, consulted maps, and asked every local we encountered to make sure we were chugging up the correct path.

Charles Fort is what’s known as a star fort because, well it looks like a star, duh. The walls come out to points which makes it easier to keep an eye out for the enemy. Those of you who have read my book The Voyage of Heroes will recognize this pointy-wall/star-fort architecture from the massive walls that guard the kingdom of Colchis. Charle Fort was the inspiration.

At the fort, you can ramble over and through all the old buildings and portions of the walls. I have to say we really lucked out on the weather because it was a gorgeous day for roaming and taking in the views, and wait, where’s Finn?

Before we get too deep into the explorations (and Beastie wrangling), we thought we’d educate ourselves a bit. The visitors’ center tells all about star fort design and construction and comes complete with a Beastie-sized one to keep out marauding monsters (which clearly won’t work…even Finn’s stumpy legs can get over those walls).

The little museum also tells about life in the forts. Apparently they had Beasties on their fighting forces because Finn found a bedroom just his size…

Kinsale Harbor was a key entry point into Ireland which is why there were two forts guarding its entry (not just to confuse tourists). The original fort that stood where Charles Fort is now played a crucial role in the 1601 Battle of Kinsale, which involved the Spanish and the English, and resulted in England putting a tighter stranglehold on Ireland. 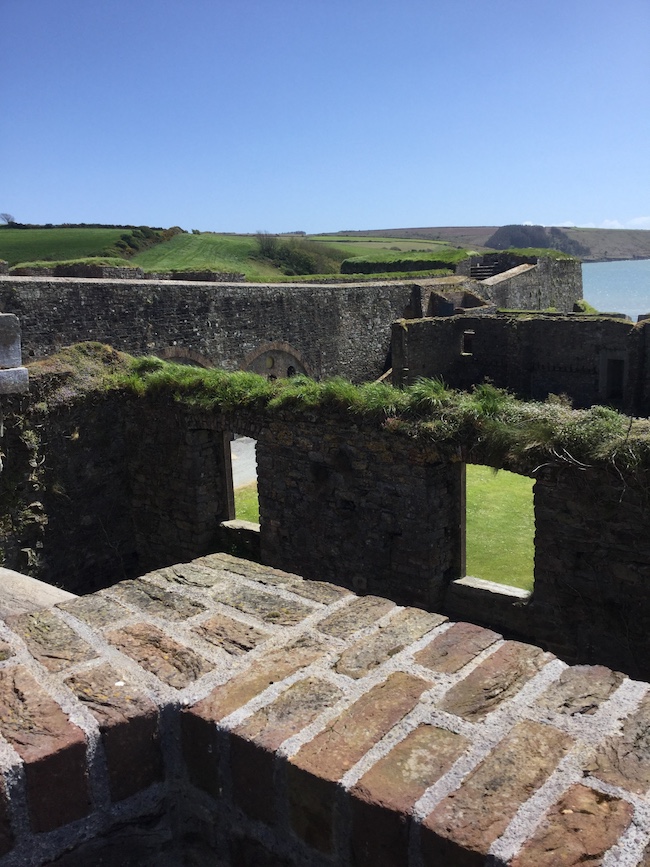 Seeing the weak points of the old fort (but not all the weak points as we’ll learn), a new fancy-schmancy star fort was completed in 1682. Then it was like, “Hey, we spent all this money on a fort, let’s go to war!”

That war was the Williamite War (or Jacobite War) that started in 1689 when James II (Catholic/Jacobite) and William of Orange (Protestant) were in a tizzy over who would be king of England. James II landed in Dublin and was said to be well received (he probably brought beer). His forces eventually tucked into Charles Fort.

So this seems like a good idea, right? Big fort, good vantage point, foodie paradise just down the road. Um, no. Turns out that although the fort was fabulous for protecting Kinsale Harbor from sea invaders, it was built just below a hill which was intended to be a lookout spot for any ships approaching the harbor. It also doubled as a great place from which to attack Charles Fort.

After thirteen days and gobs of cannonballs, the Jacobite forces in the fort surrendered to the Williamites in 1690.

The English continued to use Charles Fort as a barracks for another couple hundred years until 1921 when Ireland became a Free State. Not everyone liked the idea of Irish freedom and burned the fort in 1922. Finally, in 1973, the fort became a national monument and eventually an OPW Heritage site.

Phew, that was a load of history and after all that exploring Finn was ready for a tea break at the fort’s cute little tea shop that comes complete with mismatched tea cups, welcoming grannie to take your order, plenty of homebaked goods, and even tea cozies for the pots.

Unfortunately, Finn didn’t quite understand the purpose of a tea cozy and thought it was the latest in fort fashion.

After another wander around the fort, it was time to trudge back into town. The view down is still amazing!

Perhaps we should have just gone straight to the bus stop and waited, but (since we hadn’t walked enough already), we thought we’d wander around Kinsale for a bit to kill time. Just as I was beginning to think Finn had given up his belief that all things in Southeast Ireland were devoted to him, we came across this (believe me, I tried to avert his eyes)….. 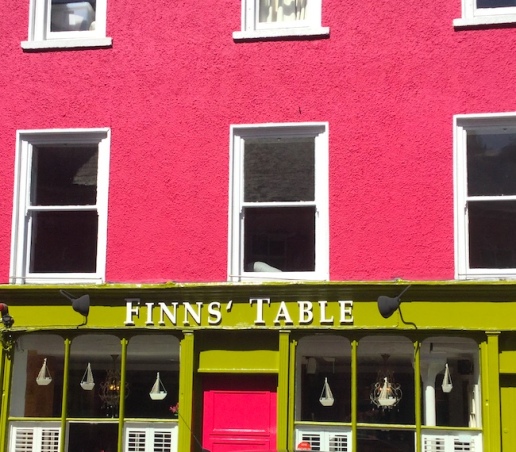 With his ego firmly elevated back to its lofty height, we caught the bus back to Cork. Sigh, it’s going to be a long trip if this keeps up.

There’s more Finn coming up next Saturday as we leave the Southeast behind and begin to realize that the Dark Lord (aka “Ed Sheeran”) is cursing our trip. And I’ll be back next Wednesday with quartet of something special. See you then!

Need a New Book? Check out this 99-cent sale on dozens of Fantasy and Sci-Fi ebooks, including The Trials of Hercules.

And you still have a few days to grab a free copy of 13th Hour!!

Get Ready for Summer (or Winter) Reading!

Time to sprawl out in the sun (if it’s summer for you) or cozy up (if it’s winter) with a good book!

If you need a little more magic of any kind in your life. Here’s some sci-fi & fantasy tomes to help your escape!