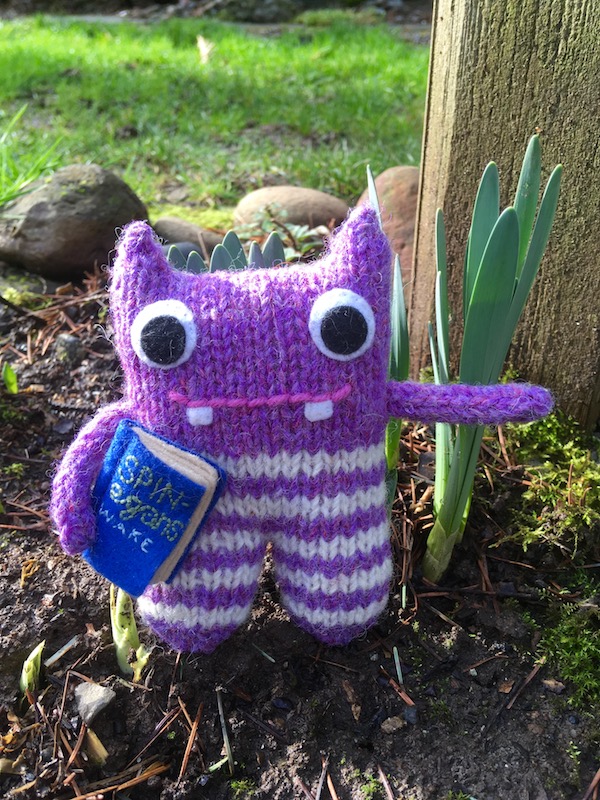 A Monster Wander Through the Not-So Wintry Garden

After going on a lot recently about monsters – Doubt Monsters, Amazonian Monsters – I’ve been looking forward to a post featuring that far-friendlier monster, Finn McSpool!

This year, the Pacific Northwest has thumbed its nose at the seasons and declared that winter is definitely NOT coming. While I was putting away all the dragon glass I’d stockpiled in the event of an invasion of White Walkers, my garden was scratching its head, having a few committee meanings, and coming to the executive decision that it was time to get blooming.

And of course, Finn saw the buds and blooms as a perfect chance for an outdoor photo shoot.

His first stop was to check out the pink blossoms of the border of Bergenias just outside my back door. He looks like he’s diligently studying those flowers, doesn’t he? 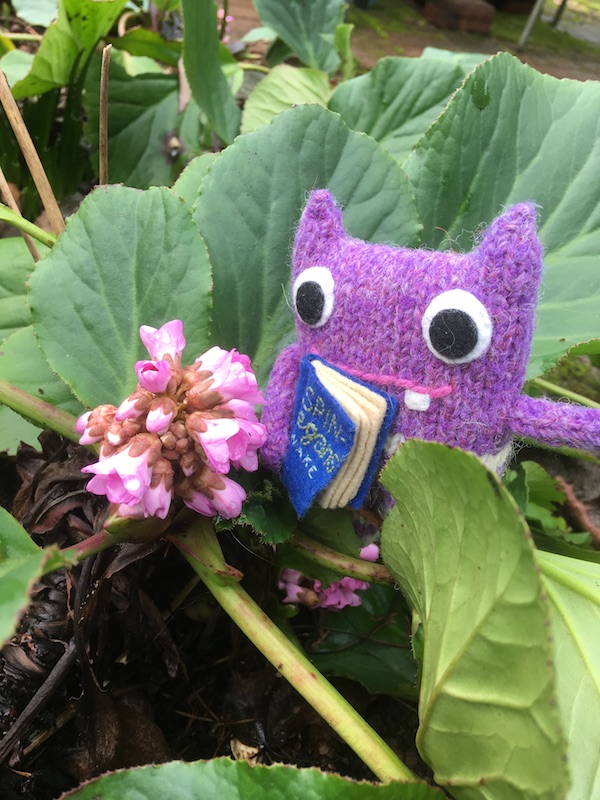 Of course the giant leaves of these plants were perfect for a game of hide-and-seek (I don’t have the heart to tell Finn he’s not very good at this game). 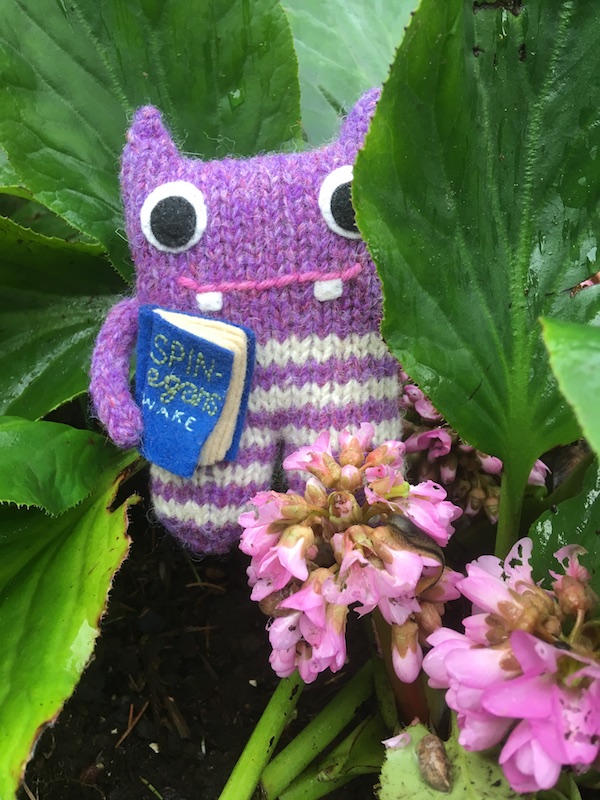 Just beyond the Bergenias, Finn found a clump of Hellebore that, to a tiny monster, seemed like a forest. 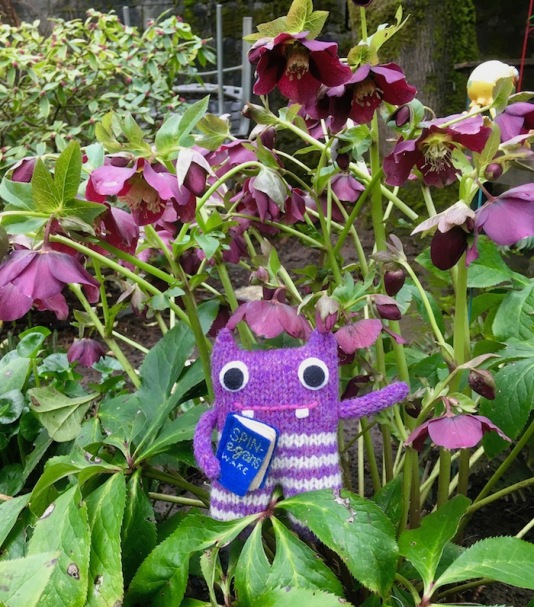 After getting a good look at the lovely dusky purple flowers of this plant, it didn’t take Finn long to turn his nature photo shoot into a fashion photo shoot. 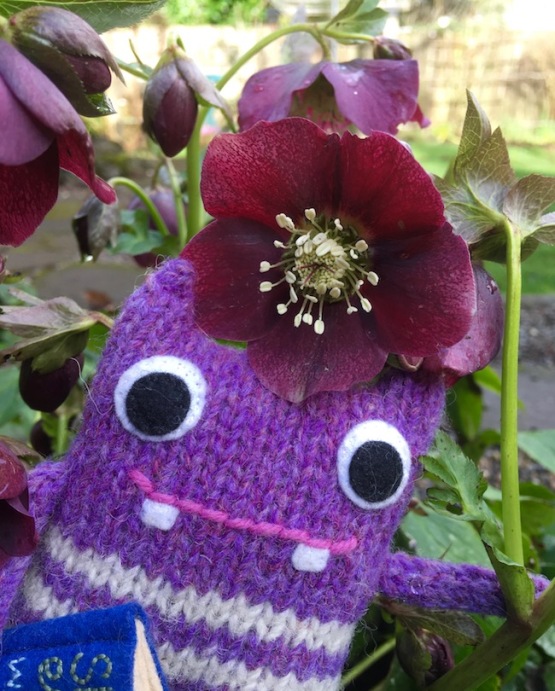 Finn looked lovely, but something in the front garden caught Finn’s (invisible) nose. He was off and chasing the sweet scent. When I caught up to him, he was basking in the glory of my Winter Daphne. This plant not only smells wonderful, but really sets off Finn’s purple stripes, don’t you think? 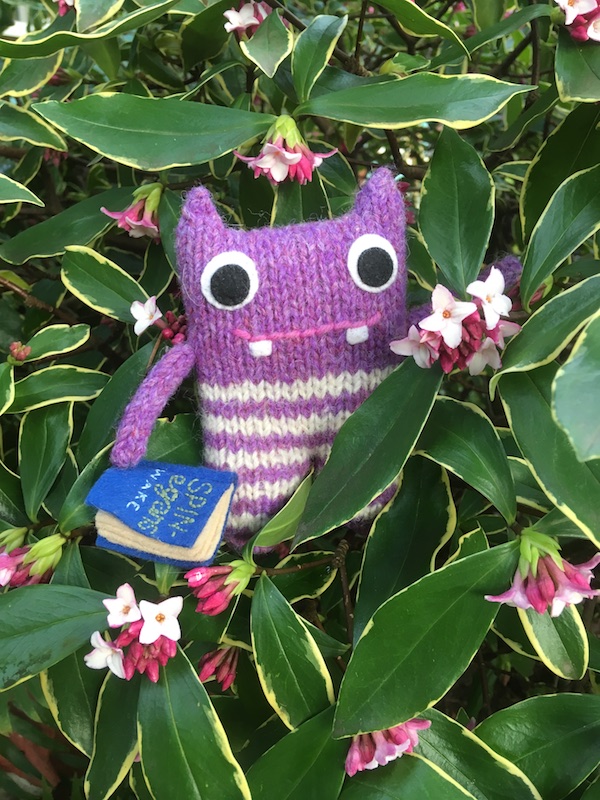 All that running had Finn worn out so, before he continued on his nature walk/fashion shoot, he took a little rest in the primroses just under the Daphne. 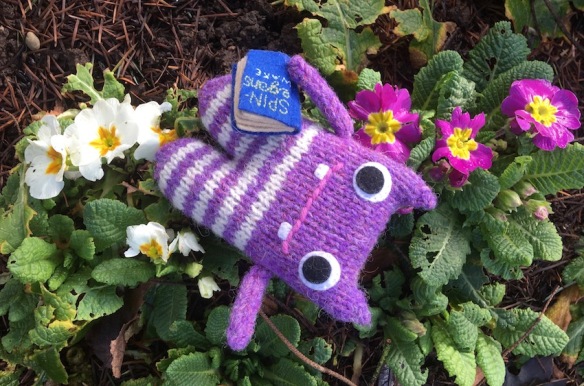 Even my bees have been out enjoying the freakishly warm weather. It’s too early for Finn to don his beekeeper suit, but it’s always fun to watch the ladies zipping in and out of the hive. 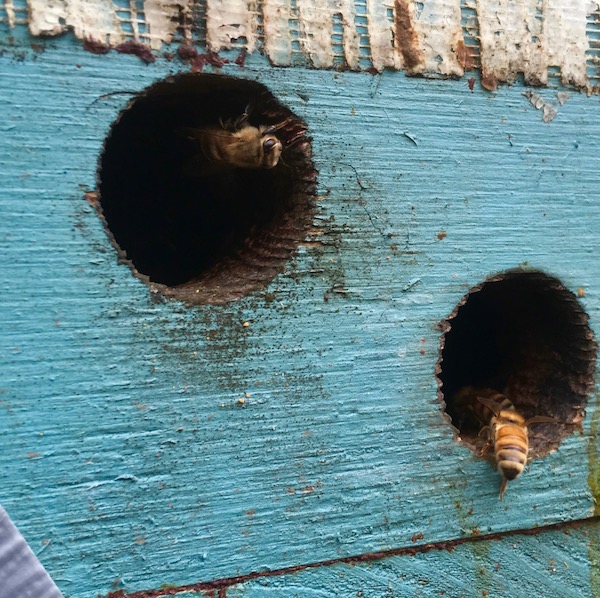 Not all plants got the memo about Operation Bloom Early. The daffodils have pushed up some greenery, but have only just gotten taller than a Beastie (which is a new metric standard, by the way). 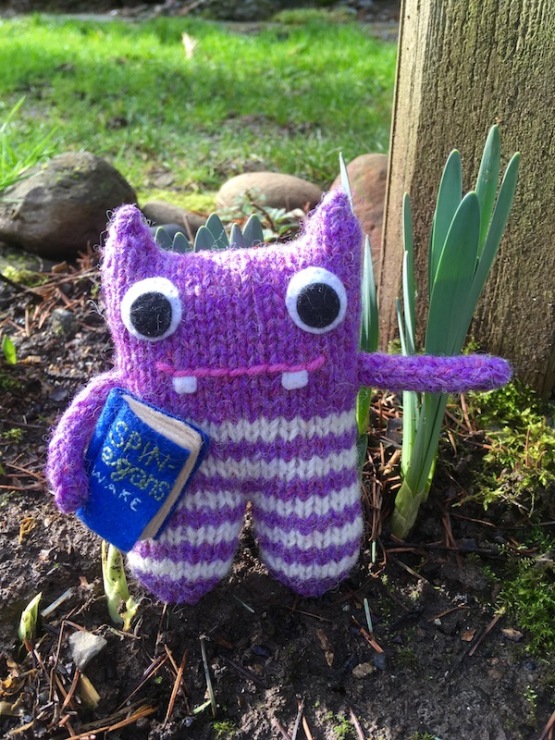 After scouting around, Finn couldn’t find much more in bloom, but he did know of something inside the house that has been in flower since we adopted it last fall. Meet the Flowering Maple, a relative to the hibiscus plant as you might notice from the flowers. Finn decided one more fashion pic couldn’t hurt and is now begging for another trip to Hawaii to show off his tropical hat. 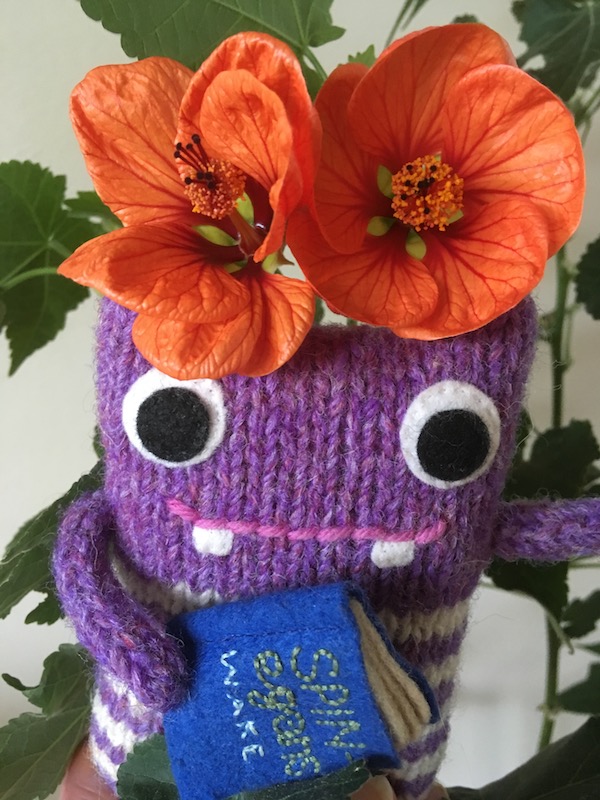 After all that fresh air, Finn was feeling a little giddy…and goofy…and then this happened…. 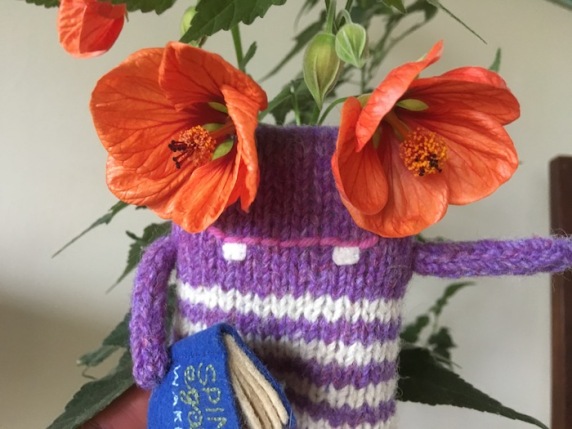 How’s winter treating you? Anything blooming in your neck of the woods or are you freezing your beastie bum off?