Recently, book blogger and avid reader Book Club Mom shared with the world all the books she’s read so far this year and I thought, ‘Well, now there’s a blogging idea I could steal!” (Don’t worry, she did ask at the end for her followers to share their reading lists, so I’m not stealing, I’m “participating.”). I also thought it might give you a little break from my rambling on about my own books.

But before I let you escape the clutches of marketing this week, let me help you add something to your bookshelf: a free print copy of my upcoming book The Maze: Book Three of the Osteria Chronicles!

If you’re feeling lucky and if you’re on Goodreads, just follow this link and click on the big button that reads, “Enter Giveaway.” This giveaway is open to readers in the U.S. and many places in Europe (if you don’t see your country listed and want to enter, just let me know and I can easily add it).

And now, on with the list (notice I’ve refrained from counting the 10,000 times I’ve proofread The Maze). Books I really enjoyed and recommend are in bold. Oh, and before you think I spend enormous amounts of time with my nose in a book, keep in mind that gobs of audiobooks have fleshed out this list. Here we go…

Phew! And it’s only October! I’m currently listening to the third book in the Dexter series (and loving every bit of its dark humor), reading Clash of Eagles by Alan Smale and How to Market a Book by Joanna Penn, and have oodles of other titles on my to-read list (some of them staring at me from the bookshelf right now wondering why they’re being ignored).

Looking at this list shows how quickly I can get caught up in a series (all those Charlaine Harris, Tessa Harris, Charles Finch, and SJ Parris books, for example) and that I need to branch out to reading some lesser known authors…which sounds suspiciously like a reading challenge for next year!

Alright everyone, next week it will be time to put my marketing hat back on, so expect to hear a bit more about The Maze and the Osteria Chronicles next Wednesday, and don’t forget to come back Saturday to see Finn exploring more of the island of Maui.

What have you read this year? Any favorites, any recommendations, any you’re embarrassed to admit to reading? I’d love some hints on what to read next, so be sure to drop a few into the comments below!

Sale #1 Don’t be afraid of the dark…humor, that is.

A small collection of tales for those of you with wicked senses of humor!

Sale #2 Invites you to try something new.

From thrillers to romance, ebooks to audiobooks, over 100 books are making their debut this month. Check out what’s new and exciting for July! 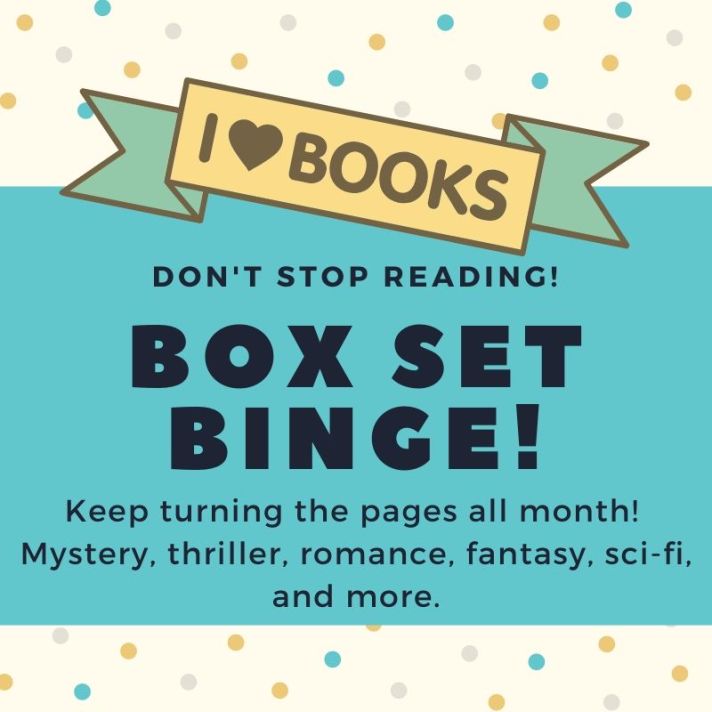