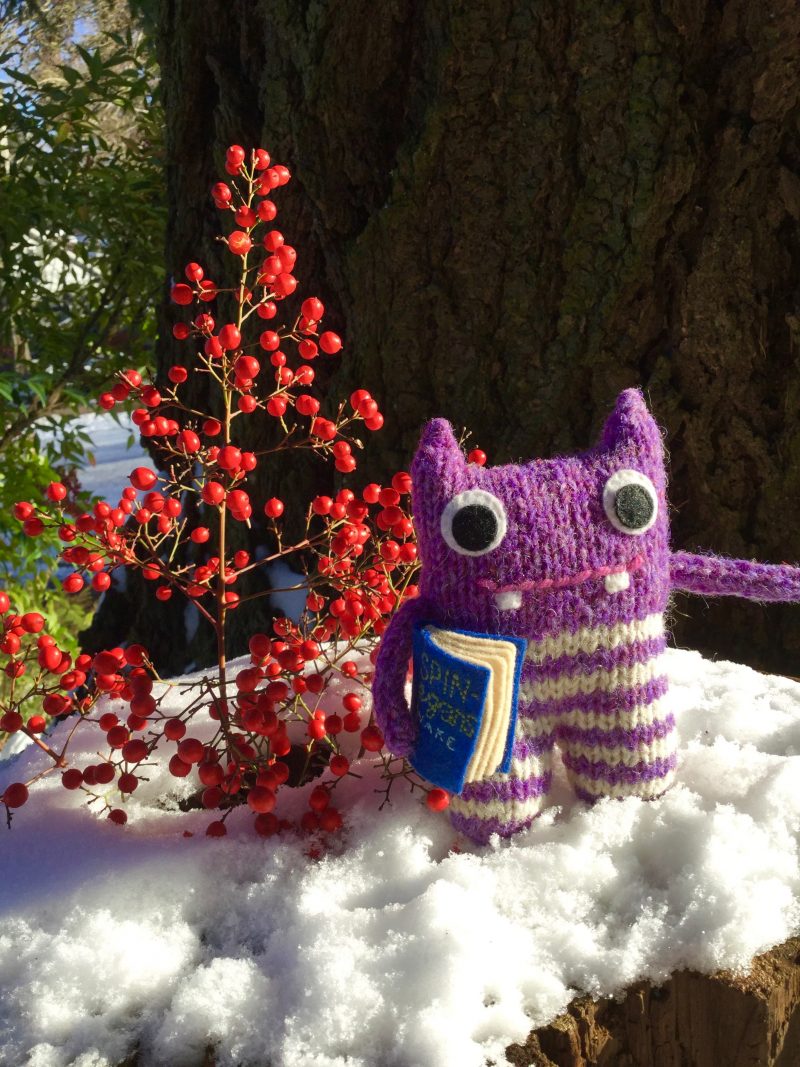 It’s the solstice and that means today’s the day those of us in the northern hemisphere walk around humming, “Here Comes the Sun.”  I can’t stand being cold so I hate winter, but I do LOVE that the first day of winter means the return of more daylight hours! And, since I do all my art by natural light, this is a very happy time of year for me.

Today’s post will be short because – although I’m not a pagan – I’m off to celebrate the solstice with my annual office party. “Office party?” I hear you say, “But don’t you work from home?” Yes, but a few years ago, after seeing pictures on Twitter of others’ holiday office parties, I realized one thing I did miss about having a “real” job (besides those steady paychecks) was a little party-time-on-the-boss’s-dime around the holidays.

So, one year, I gathered up the cats, crooked up some nibbles, put on the Christmas tunes, popped open some bubbly, and had my own little party. Mr. Husband wanted in on the fun and began leaving work early to join in the party. And so began our “traditional” solstice office party. No, I don’t have a photocopier, so there won’t be any awkward butt cheek images being passed around tomorrow morning. Unfortunately.

But before I head off to whip up some tasty treats and some midday drinking, Finn McSpool wanted to show off a few shots from his winter modeling gig. He may look a bit bookish, but he really can be the diva when a photo op presents itself, and last week’s snow made a perfect wintry setting for him…. 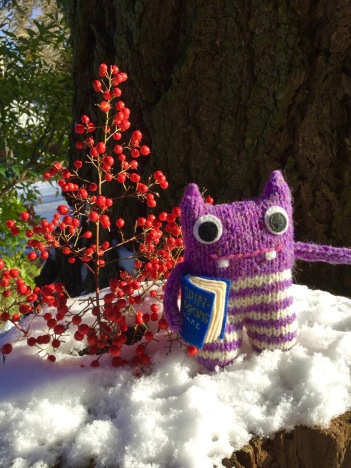 Yes, we got the shot Finn. Now can we go in? It’s cold out here. What? A more dramatic angle? 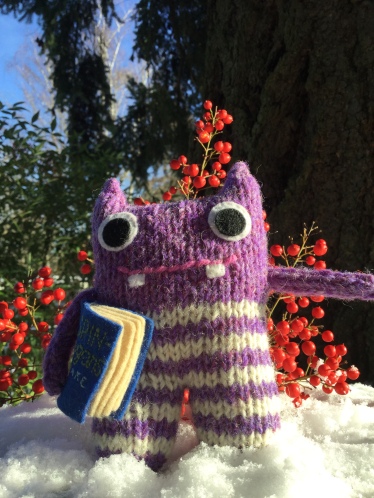 Okay, you’re right, it does make for a pretty cool photo. But you know, Finn, the holidays are better with friends. Do you mind if Fiona the Hairy Coo joins in?

Ah, see, isn’t that nice? How about a few filters and adjustments and we’ll have next year’s Christmas card?

Whether it’s summer or winter for you, have a great solstice everyone!!! And be sure to let me know how you celebrate this time of year.

PS – Although my cynical side worries that the Orange One will try to undo this, I have to applaud President Obama for his brave and much-needed move to stop oil drilling in the Arctic. It’s like a big Solstice Day gift to the Earth!!! Thank you, Mr. President!

5 thoughts on “Happy Solstice Everyone!!!”