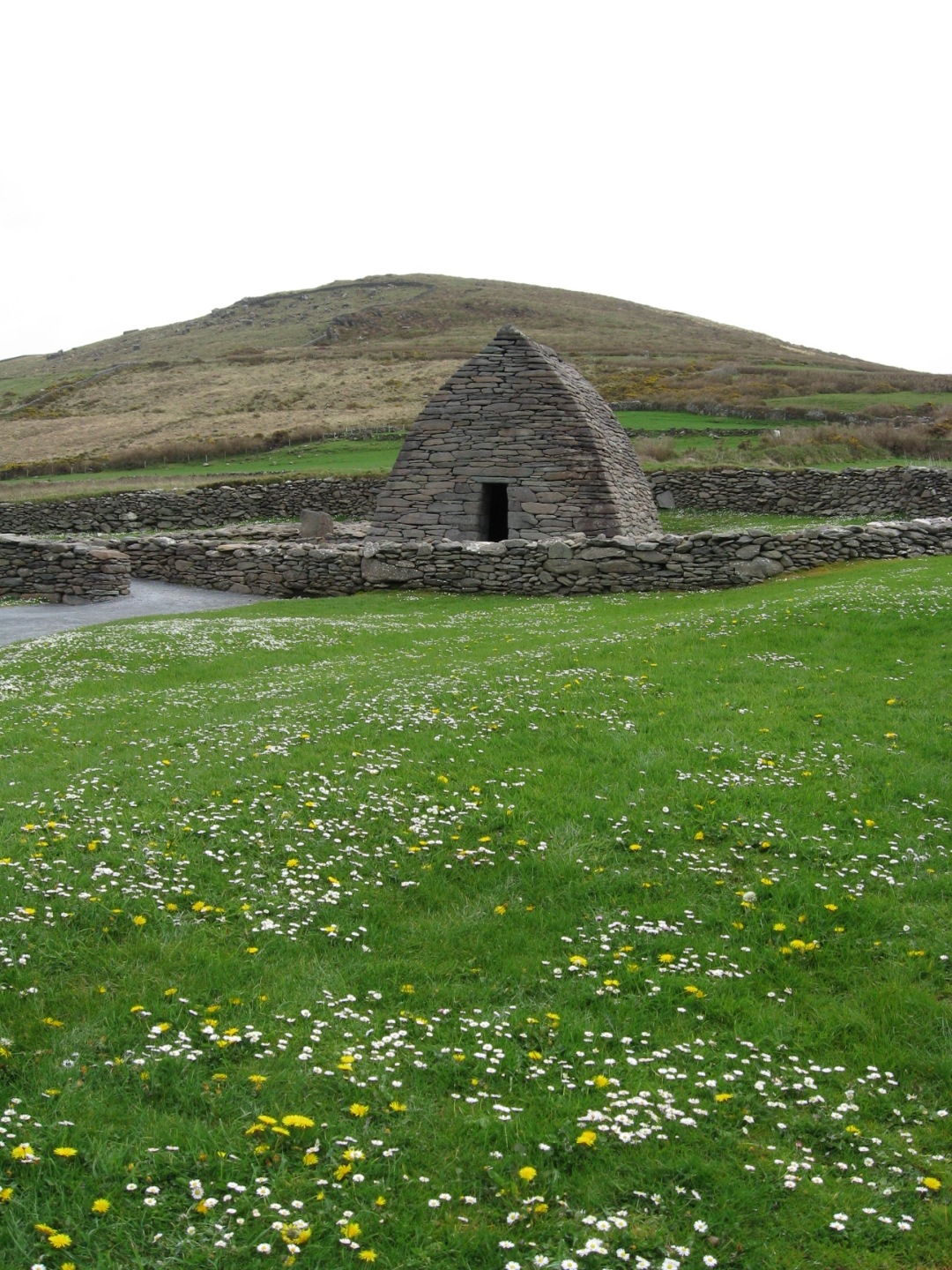 Since I just started re-reading How the Irish Saved Civilization, I thought a little trip to the Emerald Isle would be perfect for this week’s Travel Pic Thursday. I’ve already taken you to the Poulnabrone Dolmen on the Burren, but this week we’re off to another stone structure: Gallarus Oratory on Ireland’s Dingle Peninsula.

Way beyond the busy city life of Dublin or Cork and just north of the tourist-filled Ring of Kerry, lies the Dingle Peninsula. I know, just try to say it without a little giggle. Despite the juvenile name, this delightful chunk of Ireland has beautiful scenery and a terrific history. One of the more famous historic sites is the Gallarus Oratory.

Looking like a big stone boat turned up on its side, the Gallarus Oratory sits in a field pretty much in the middle of nowhere. In fact it’s about 8 kilometers straight across the peninsula from the area’s namesake town of Dingle, so yeah, in the middle of nowhere. The oratory looks nearly as good as new because (thankfully) the Irish are hugely superstitious and, unlike other people, don’t tear down old sacred things to build walls or narrow-mindedly blow them up. And, because the stones were placed at just the right angle, rain doesn’t collect anywhere on the building’s exterior which helps keep the place looking tip top. Although there’s debate, most people think the Gallarus Oratory has stood for about 1200 years.

The oratory wasn’t exactly a church, although it’s classified as one. Instead, the priest (or other religious fellow) would stand at the door of the oratory and speak to people gathered in the field in front. Certainly small congregations could gather for a good bible thumping session within the oratory, but mainly it was the dressing room and stage for God’s mouthpiece.

There is debate about whether the oratory was built with or without mortar. But if mortar was used, it is not clearly visible except to the most nit-picky archaeologist. As you look at the walls from inside and out, you’ll instead notice perfectly stacked stone that still is so well joined that the interior of the oratory remains dry even on a wet day (of which there are one or two of in Ireland).

Some quick tidbits about the oratory for you fact gatherers…

Visiting the oratory is free, although if you want to stop in at the visitor center, there is a small fee. If you don’t have a car, you can take the local bus from Dingle (which doesn’t run daily so plan ahead) or join a tour around the peninsula that stops at the site. If you do have a car, just take the R559 straight across the peninsula. Although the signs on the peninsula are in Irish, you’ll shouldn’t have much difficulty finding the site. Road signs will say “Ghallarais” and often have a symbol of the oratory.